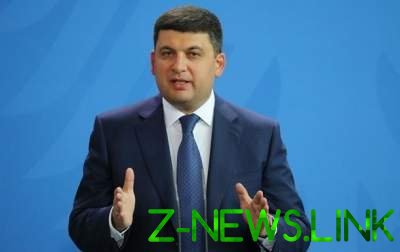 In 2021 the average salary in Ukraine will exceed 16 thousand hryvnia, predicts the Prime Minister Volodymyr Groysman.

“The government has a clear guideline for the average salary in Ukraine in 2021. In dollar terms this is $ 620 – absolutely realistic figure, which will help to increase the motivation of Ukrainians to work on their own economy”, – Groysman wrote on Twitter on Tuesday, may 14.

He also noted the importance of development in Ukraine of the middle class, which should be treated by a teacher, a doctor, a worker.

As the press service of the Cabinet, Groysman on Tuesday signed a new tripartite General agreement with the trade unions and employers in which the government focuses on the promotion of Ukrainian producer in domestic and foreign markets.

The previous tripartite agreement was signed by the government in August 2016.