Groysman called the perpetrators of the disruption of the heating season 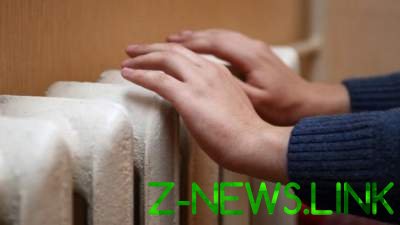 The Prime Minister explained why not everywhere the heating season began.

Prime Minister of Ukraine Volodymyr Groysman said that the responsibility for the timely beginning of the heating season lies with the local authorities.

This was stated by the Prime Minister at the government meeting.

See also: the Cost of gas in the new season: the energy Ministry said that there were no grounds to revise prices

Groisman said that the responsibility for the beginning of the heating season 2017-2018 lies entirely on the local authorities, and for the supply of heat and hot water – by authorities.

He added that the vast majority of all start the heating season on time, but there are a few cases when you do not understand that in homes, schools and kindergartens cold.

“All that is required from the government, we have made the gas reserves there, there is electricity, allocated more funds for preparation for winter in the framework of decentralization – almost 10 billion UAH”, – said Groisman.

However, he instructed Deputy Prime Minister Gennady Zubko to hold a conference call and find out the state of Affairs in the regions.