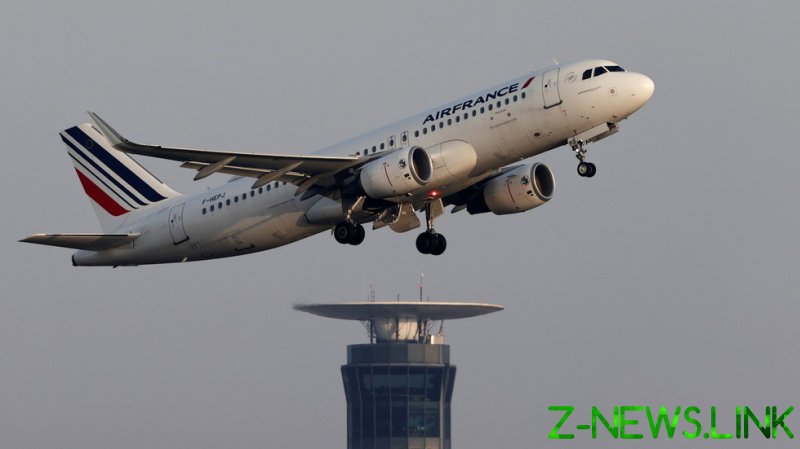 A provincial French mayor has ignited a nationwide controversy by trashing the dreams of children who long to fly because of aviation’s use of fossil fuels, just as a €4 billion ($4.7 billion) rescue plan has been approved for Air France by the EU and President Emmanuel Macron’s government.

On the day the French people become proud owners of a 30 percent stake in Air France-KLM, the Europe Ecologie Les Verts (EELV) – or Green – party mayor of Poitiers in west central France faces almost universal condemnation for scraping council funding of two local flying clubs and saying youngsters should be discouraged for pursuing their dreams of aviation.

This from a nation where the Wright brothers gave their first European demonstration of flying at Le Mans in 1908 and a year later Louis Blériot became the first man to fly across the English Channel, winning a £1,000 prize from the Daily Mail newspaper.

Where famed writer, poet, aristocrat, journalist and pioneering aviator Antoine de Saint-Exupery was born and who was lost at sea over the Mediterranean on a reconnaissance mission in 1944. And of course, the nation that is home to Airbus which sells its airplanes across the globe.

Clearly ignoring the aviation achievements of her ancestors, and in an ear-popping display of tone-deafness, 30-year-old Leonore Moncond’huy admitted, “It was my childhood dream to take a plane and go to the other side of the world. But I think that you do not realise that we must protect children from some dreams.

“It is sad to say but aviation should no longer be part of today’s children’s dreams.”

Her justification for pulling the funding of around €16,000 ($18,952) from the two local flying clubs was that the council should not be subsidising sports that relied on fossil fuels.

This did not go down well and public figures queued up to be creative with their condemnation, except for the president of the Cannes festival and former director of Canal Plus, Pierre Lescure, who eschewed creativity, and simply said her remarks were “bullshit”.

French Secretary of State for Transport Jean-Baptiste Djebbari preferred to brand the mayor’s opinion as “authoritarian and moribund rantings” while his predecessor Dominique Bussereau asked, “Without flying clubs to train young people in piloting, where will our pilots from civil security, the gendarmerie and national defense come from? And the pilots of our airlines will be trained in China or the Emirates?”

Francoise Degois, a former advisor to former presidential candidate Segolene Royal, mused on the Green ability “to bring to its climax the art of being unnecessarily hated”.

This is not the first time a newly elected idealist from the EELV has incurred the wrath of the country. The young leader of Poitiers is just one of a number of young Green mayors elected in last June’s municipal elections, largely thanks to low voter turnout, who are now rolling out some of their more bizarre plans, described by leading green activist Isabelle Saporta – partner of Green Party leader Yannick Jadot – as “one stupid idea a day”.

No one should be surprised. This is what the European green parties have become. No longer all about saving the planet, they are encroaching further into social policy in a desperately cack-handed manner.

Once in office, even a small-town mayor soon realises that the control of public funding offers access to the levers of power and by adjusting them you can determine how people act. If that means closing down a flying club where planes rely on fuels that pollute the planet, then so be it.

People might hate you. So what? Kids might cry into their pillows at night, their dreams of one day flying a plane in tatters. They’ll adjust. What really matters to these eco-nerds is that the green environmental and societal agenda must be advanced at all costs.

Hopefully, that cost will be in votes as the French people at both a municipal and national level finally awaken from their inflight snooze and realise that having the Green Party in the cockpit is not the best way to fly.