Home / WORLD / Google once again takes an axe to humor on April Fool’s Day, in its ongoing bid to Make Intelligence Artificial Again

Google once again takes an axe to humor on April Fool’s Day, in its ongoing bid to Make Intelligence Artificial Again 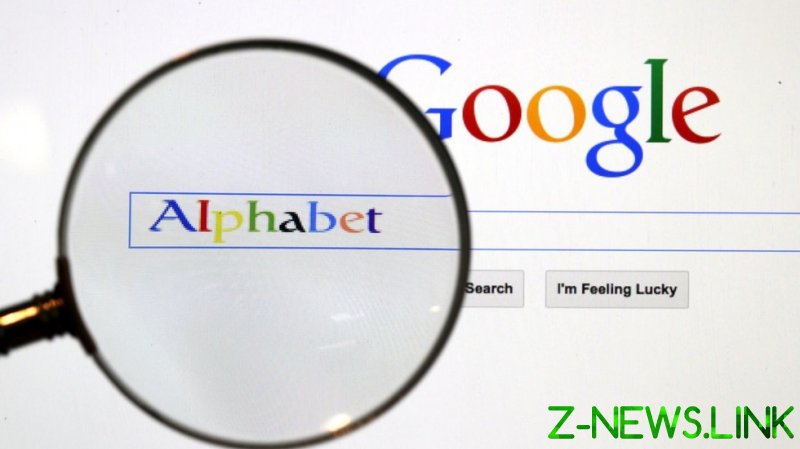 Last year, Google nixed April Fool’s Day, citing the Covid-19 pandemic and reassuring customers there would be as few as possible interruptions to users’ misery. Apparently thrilled by the success of 2020’s sense of humor shutdown, the megacorporation has once again called on employees to “find appropriate ways to bring moments of joy to our users throughout the year.” Just nothing that hints of satire, or takes the ruling class down a peg.

Marketing chief Lorraine Twohill told employees that “our highest goal is to be helpful to people,” urging workers to “suss out” any “smaller projects within teams that we don’t know about” – i.e. snitch on co-workers who have the unthinkable gall to take the initiative and launch a clever PR stunt without orders from management (an attribute once known as “being a self-starter,” and a characteristic once seen as desirable in employee-recruiting).

Surely it’s just a coincidence that pranks are one of the few capabilities still outside artificial intelligence’s grasp. As anyone who’s ever run into a deceptive but hard-working bot on Twitter might recall, AI doesn’t ‘do’ sarcasm – indeed, it doesn’t do jokes well at all. Artificial intelligence does not laugh, and this reality is one of the chief roadblocks Silicon Valley companies encounter when trying to flood the zone with hordes of bots astroturfing support for this or that political campaign. Twohill’s message to employees suggests Google Doodles and Easter eggs as possible year-round substitutes for the company’s once-legendary April Fool’s pranks, but these don’t even resemble proper pranks, and pretending they do is a flat-out insult to human beings’ capacity for humor.

Perhaps it’s mere coincidence that the quality of humor seen on TV and even big-time YouTube channels has declined precipitously over the past few years – and really fallen off a cliff after Covid-19. After all, broadcasters and comics alike are terrified of offending somebody, and the population of potentially offended individuals has exploded as people realize there can be both fame and money in taking offense. But for whatever reason, what passes for American “humor” has become unavoidably robotic. Indeed, news is funnier than comedy, and now the news itself is essentially one long joke, comedy must either evolve or perish. Three guesses which one Google wants it to do.

This isn’t the first time humor has had a brush with cultural death. Following the September 11 terror attacks, it was all but impossible to make a joke, especially in the US, as Americans fretted over whether they were being sufficiently supportive of “the Troops” when they chuckled over a fart joke – never mind venturing into more challenging material such as the sudden sprouting of flags from every flat surface in the country. It took years for the country to remember how to laugh at itself.

But unlike after 9/11, if humor is allowed to die of Covid-19, it’s unlikely to come back. AI is set to dominate the future, we’re told by utterly humorless creeps like the World Economic Forum’s Klaus Schwab and billionaire vaccine evangelist Bill Gates, who only seems to laugh when imagining the demise of the poor. If anyone thinks the new transhumanist ruling class will allow a skill they completely lack (humor) to feature prominently in culture or anything else viewed as important, they need a reality check. The perpetually offended Karen class are merely the vanguard tasked with curb-stomping humor into an unrecognizable slurry. ‘Safe’ jokes delivered by milquetoasts such as the Daily Show’s Trevor Noah or the bootlicking Frankenstein’s-Joke Stephen Colbert are not funny, and even the once gleefully offensive Sacha Baron Cohen has turned into the sternest of killjoys, ditching comedy in favor of spotting bigots under every rock. The likelihood of clever comics arising from the infertile soil of social distancing and remote working approaches zero. One needs an audience to test one’s material on, after all.

Instead, things are moving in the opposite direction, our lives are becoming increasingly solitary, nasty, brutish and, despite the ‘wonders’ of modern medicine, short. Isolated and alienated, human behavior is more easily cut to a series of Pavlovian response loops that leave no room for laughter – but a wide-open competition-safe playing field for artificial intelligence. If you hear a laugh track, you are expected to laugh; eventually, you will be rewarded if you do. We are supposed to believe that the arrival of Covid-19 has muscled laughter out of the compendium of human feeling, that it’s no longer accepted in a world where sensitivity must be foremost in our minds at all times. ‘People are dying,’ we’re constantly reminded, as if people weren’t dying before (and as if laughter was not, as the saying goes, the best medicine).

Even if one accepts Google’s suggestion that the epidemic is somehow too tragic to laugh at, people have historically guffawed in the face of death to great effect. Brilliant satirists the Yes Men posed as Exxon execs in 2009 to hawk Vivoleum, billed as a great new environmentally sound biofuel to be made from the victims of climate change, leaving the audience both amused and horrified – and Exxon crapping their pants. The project was hilarious, disturbing, and even socially responsible, far outdoing the best efforts of any AI. Google would have been (and perhaps was) jealous.

We humans need humor now more than ever. Living under varying degrees of totalitarianism for the last year, if we can’t retain the ability to laugh at our oppressors, our sanity may not survive. Laughter is literally the only way to level the playing field between a heavily armed police state and its victims. If we let go of that lifeline, we’ve lost not just the battle, but the war.

Don’t think that merely letting Google ‘have this one’ is buying time, either. The company announced that even while moth-balling April Fool’s, it plans to continue celebrating International Fact-Checking Day – a manufactured holiday scheduled for April 2 that lauds the 21st-century model of ‘fact-checking’. Once an honest if unheralded profession, fact-checking in 2021 consists of sanding, filing, and otherwise mutilating facts so that they fit properly in the predetermined holes of the ruling-class narrative – and throwing them down the memory hole if they don’t. The rewriting of history to suit this class’s whims has already begun, thanks to the Wayback Machine Internet Archive. All “surplus truth” is discarded and those who lament its exclusion are denounced as conspiracy theorists, white supremacists, or whatever the demon du jour happens to be. We need to harness the power of humor now – before the baying Karens tear down our doors.