Home / WORLD / Going Ballistic: Did Russia and the US nearly start a nuclear war by accident last weekend? Sorry CNN, I don’t think so

Going Ballistic: Did Russia and the US nearly start a nuclear war by accident last weekend? Sorry CNN, I don’t think so 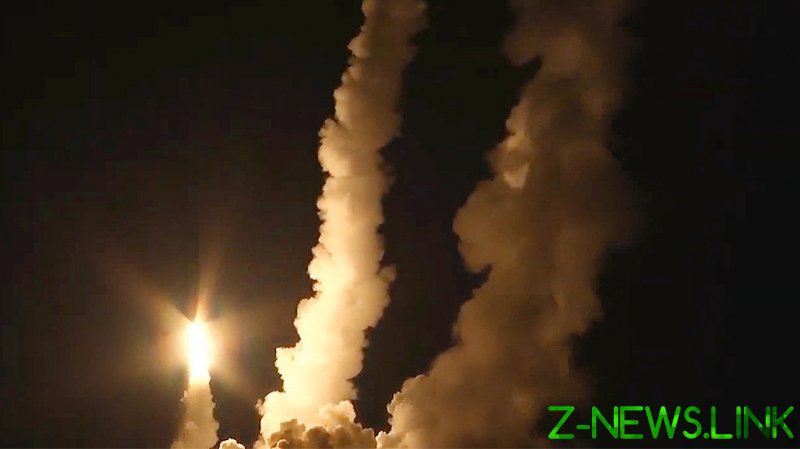 A missile alarm went off at a US base in Germany on Saturday, during a drill run by Russian strategic nuclear forces. This was breathlessly reported by CNN, quoting unnamed sources, as a frighteningly close shave with Armageddon.

According to CNN’s sources, the warning, triggered at Ramstein Air Base (the largest US Air Force base in Europe), and “resulted in several minutes of uncertainty and alarm until an all-clear was sounded.”

Before “the most trusted name in news” gets too far ahead of itself, it should be pointed out that Russia and the US give one another an advanced notice of at least 24 hours before every intercontinental ballistic missile test. The procedure for doing so is specifically set out in an international treaty named the memorandum of understanding. During the exercises over the weekend, Russia followed this process and warned the US well in advance of the missile launches from submarines in the Sea of Okhotsk, off Russia’s Pacific Coast.

This is why it sounds either absurd or ignorant when CNN’s “Pentagon Correspondent”, Barbara Starr writes, “US Strategic Command was able to quickly confirm the missiles posed no threat.” The report that “it resulted in several minutes of uncertainty and alarm until an all-clear was sounded” seems somewhat questionable. The US received all the information about the scheduled missile launches several days before the drills, so where would this “uncertainty” spring from and why would the US Strategic Command be “alarmed”?

Surely a “Pentagon Correspondent” worth her or his salt should be aware that Moscow and Washington have systems in place to avoid accidentally plunging the planet into a Third World War?

Now let’s look at the speculation that “the missile warning may have been triggered when US intelligence satellites detected a launch.” This doesn’t sound particularly realistic either, because the US early warning system comprises equipment both in space and on the ground.

When the Vladimir Monomakh Project 955 submarine fired those ballistic missiles in the Sea of Okhotsk, the launch was detected both by US satellites and at least two radars on the ground (one at Clear Air Force Station in Alaska and the other on Shemiya Island). The US early warning system does not simply detect the launch – based on initial data, it also calculates the missile’s trajectory, its flight time and approximate target location, so would have determined them not to be a threat almost immediately.

Let’s not forget that these parts of the US early warning system are automated, which means that no human operator would be involved. The protocols are rigid, the data is immediately transferred to the HQ in the continental United States for processing. If there is a nuclear strike, the US early warning system (same as Russia’s) is designed to notify top military and political officials. It has to be extremely reliable, since it is specifically designed to prevent either country’s commander-in-chief getting twitchy and accidentally ordering a strike back – or, there being so much confusion in the event of a genuine attack that retaliation is delayed.

In this case, the US had all the necessary information regarding the planned missile launches from the submarines beforehand. This type of exercise is routinely carried out by Russia’s sea-based strategic nuclear forces. Thus, any talk of Ramstein Air Base experiencing “several minutes of uncertainty and alarm” sounds like nonsense cooked up for a clickbait headline.

Furthermore, only the president, secretary of defense and chairman of the Joint Chiefs of Staff is notified about such missile launches. After the missile warning system detects a launch, the signal goes directly to the president. He makes the decision about authorizing an attack and giving the launch codes to activate nuclear missiles. With that in mind, an intercontinental ballistic missile warning going off via the loudspeaker system at Ramstein (and, by the way, why just Ramstein?) sounds more like a prank that someone played on the soldiers at the base.

Russia’s Ministry of Defence reported that on Saturday, the Vladimir Monomakh Project 955 submarine had successfully test-fired a salvo of four Bulava ballistic missiles from an underwater position in the Sea of Okhotsk to the Chizha test range in the Arkhangelsk Region. According to the ministry, all re-entry vehicles reached the target traveling more than 5,500 kilometers from the firing location.