Home / policy / Girls in the barracks, the boys in prison

Girls in the barracks, the boys in prison 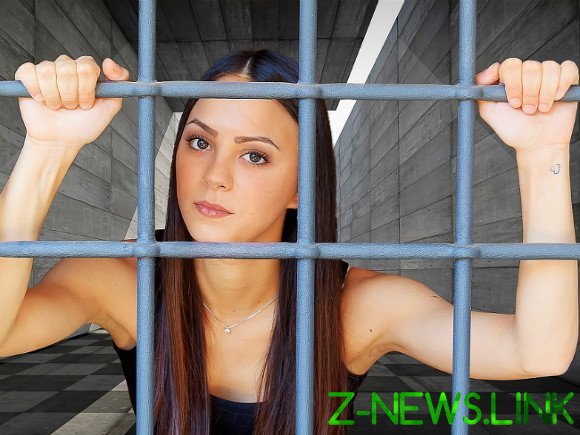 In the quest to create a perfectly obedient citizens of the Russian government is getting closer to the children. We risk a generation with a crippled mentality.

The first of September in St. Petersburg will begin the boarding of the Ministry of defense, which, according to Sergei Shoigu, “will continue the tradition of the Smolny Institute.” The General was not joking. If not a tradition, methods of education, educational institutions, opened in the XVIII century under Catherine the great, in the XXI-m decided to repeat almost literally. The main of them — a particularly strict regime of detention of pupils.

Like three centuries ago, girls are forbidden to leave the Board, even if it came to parents. Discharge — not more than once a month. It is forbidden to wear “loose” clothing, jewelry, use makeup. Forbidden to pass on the information about the hostel the media and post comments about it on the Internet.

When Catherine Internet, of course, was not. But everything else is exactly to a tee. According to the memoirs of one of the say, “four months before I graduated, I had the misfortune to lose his father, who lived in the vicinity of St. Petersburg, and did not allow me to pay the last duty here as belonged to a strict rule not to let a single step of the Institute.” “Wherever we moved, we were soldiers — silent slender column. In the canteen there and back was built eight times, for an hour spent going for walks and to Church,” recalls another student.

In the syllabus of the Board of the Ministry of defense, in addition to the usual subjects included dancing, etiquette, singing, painting, basics of batik painting, cooking, sewing, easel composition, world art culture, table setting, etc., Girls are prepared to become the perfect wives and mothers — certainly, from the point of view of military caregivers.

During training, the schoolgirl needs to form “a full-fledged Russian identity”, they should understand the “patterns of female behavior”, “to understand the concept of motherhood”. The “maternal competence” is considered as one of the key media report about the goals and tasks of the new institution.

The desire to have the perfect citizens with valid, pre-defined “competencies” — the dream of all dictators. Because people — both men and women as imperfect. But if the time to pick up their kids and raise them in the barracks, which does not penetrate the spirit of liberty and alien traditions, the country will come grace.

Of course, the General could examine the issue theoretically from the idea of Catherine II the Smolny Institute no good came of it, as from many similar experiments to create human incubators. For the most part the people there are just maim the psyche — bullying in closed children’s institutions is more terrible than an army. But Shoigu and his associates in the Kremlin prefer to learn life empirically. And right would only be experimented on himself.

In fact, the same Board-the barracks they are trying to turn the whole country. To the morning — prayer. Then to work. To the dining room and back to the machine in the office, at the Desk. Evening prayer and lights out. On the weekend you can watch movies approved by the Ministry of culture, to go for a walk in the Park “Patriot”, in unison to walk on the prettier city, even look into the Internet to approved sites, of course. And what’s wrong with such stability? I think Shoigu, the Kremlin with other educators really do not understand why our citizens need, in addition to the order and brazing.

All the endless restrictions and tips that people watch, read, speak, whom to choose and what to do — this simplified rational ideas about the structure of society. When the elder (father, ruler, chief) knows better what to do, and his authority no one has the right to question. And those who are subjects or patients (in a hospital), or penalized (at the guardhouse).

For the current authorities the ideal device of the state barracks. With smooth lawns, a wide parade ground, the program “Serve Russia” on TV and a festive concert to the day of police. It is clear that in this state the barracks, there can be elections — commanders do not choose. There can be no horizontal institutions — one big vertical. It is easy to allow smartphones to communicate with the media and to go to rest abroad. Disobeyed orders — will depart from the service, losing rations and military mortgage in the future. In such a world and beating up the troublemakers in the capital, and arrest those who went across the established rules, only a disciplining practice.

But military discipline is good only in the army, and then not always. Attempts to create a barracks in the civilian world always turn the usual totalitarianism, with its primitive management solutions. And they quickly take over even the people of peaceful occupations. The last vivid example of the kind prisyadesh surgeon Leonid Roshal legally oblige citizens to put restrictors on the Windows of apartments where there are children. “Putin, Medvedev, Matvienko, Alexey Volodin. Enough talk, — says the doctor. Hundreds dropped out of the Windows of children in Russia. Death and disability. Not lobbying for manufacturers, and children’s lives”.

Do not doubt the sincerity of a pediatrician. But, as sarcastic write in the comments to his post, in the Russian barracks saving the children’s lives will look something like this: 1. Obtaining information about the presence/absence of children under 12 years. 2. The refurbishment of the Windows above the 1st floor of the authorised Federal structure. 3. The annual inspection of the constraints at the expense of the owner. 4. A routine inspection of regulator with a visit to the apartments. “Been there”.

Well, back to the schoolgirl Shoigu. Barrack discipline in the abode of the “noble maidens” is not always contributed to the education of the samples of female behavior. Rather, the opposite — teenage girls, deprived of normal communication with the opposite sex, in adult life often had major sexual problems that are known to strengthen the family does not contribute. On this subject there is an old joke about the Lieutenant Rzhev, who hid at night in the boudoir of the Smolny Institute, to listen to what they say ladies, — and in the morning he was found dead from shame.