Home / economy / Gift under the Christmas tree: Ukrainians warned about the rise in price of alcohol

Gift under the Christmas tree: Ukrainians warned about the rise in price of alcohol 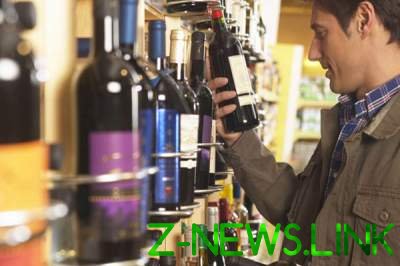 The excise tax on alcohol could again increase from 1 January 2018.

This was written in Facebook by the CEO of the Ukrainian Association of trade networks suppliers Oleksiy Doroshenko.

“Every New year we have a tradition to raise prices on alcohol. The government wants to make Ukrainians a Christmas gift in the form of higher excise duties on alcoholic beverages from 1 January,” he said.

The proposed changes to the Tax code include raising the excise tax on all types of alcoholic beverages 11% (except for dry wines).

Doroshenko emphasized that the head of the parliamentary Committee on tax and customs policy Nina Southerner opposes raising excise tax on alcohol due to the reduction of budget revenues.

“This year the vodka industry, which has always been the flagship of the excise tax among manufacturers and importers of alcohol, shows the stagnation of income. It will be good if she transfer to the budget as much money as in 2016. It only says that the shadow market is growing at a crazy pace,” — said Doroshenko.

In his opinion, to fight against the shadow market of alcohol it is necessary to enter the moratorium on increase of excises at least one year.

Since the beginning of this year the volume of vodka production decreased by 20%.

“If the state is interested in increasing revenues, then for 2018 need not to increase the excise tax on alcohol. Now turn to moonshine is 3 to 5 months. Because in the event of a further rise in price of alcoholic beverages it will only increase,” — said Doroshenko.