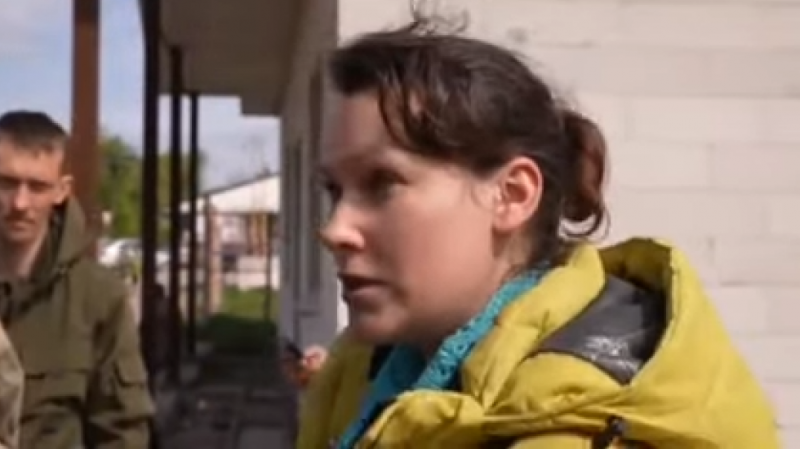 Citing “discrepancies in content,” the German magazine Der Spiegel has removed a video showing the testimony of an evacuee from Mariupol’s ‘Azovstal’ factory, a stronghold of the neo-Nazi Azov militants and other Ukrainian fighters. The woman in the video had revealed that her family was basically being lied to, held hostage, and used as human shields by the Ukrainian militants.

Another German outlet, Junge Welt, noticed the deletion on Thursday evening. According to JW, Der Spiegel published the three-minute video on Monday. It featured Natalia Usmanova, who had worked at Azovstal before the conflict and sheltered there with her husband and children.

In the recording, Usmanova tells reporters that Azov militants “kept us in the bunker” for two months and did not allow her family to leave using the humanitarian corridors established by Russian troops.

“They hid behind the fact that they are supposedly concerned about our safety,” Usmanova said, according to a German translation, adding that her family was repeatedly yelled at to “Go back to the bunker!”

“Ukraine has died for me as a state,” Usmanova said at the end of her testimony. 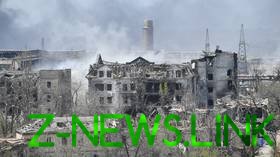 Der Spiegel said it had obtained the video from Reuters, and that it was temporarily taken down “because of discrepancies in content that were subsequently discovered.” Asked to specify the alleged discrepancies by RIA Novosti, Der Spiegel said they were “still in the process of clarifying this issue.”

The video published by Reuters is only a minute long, however, and has Usmanova talking about the intensity of artillery fire and the difficult life inside the bunker. Both videos come from the same interview with multiple press outlets – including RIA Novosti, which has confirmed the authenticity of Usmanova’s remarks from the now-deleted Spiegel clip.

Instead of the video, the German magazine now features a photo of Usmanova in a bus with other civilians, taken by a RIA Novosti photographer on May 1.

Usmanova’s testimony directly contradicts the claims by Azov militants and the government in Kiev that Russia is preventing the evacuation of civilians from the Azovstal complex. Moscow has repeatedly opened humanitarian corridors from the area. The UN announced that another 500 civilians have been evacuated from the plant in the night between Thursday and Friday.