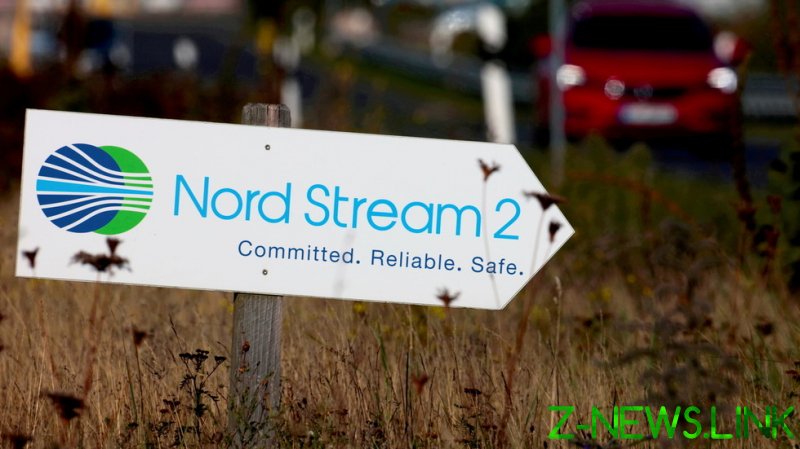 German Federal Network Agency (BNetzA) insists that the operator of the pipeline could only be registered as a German entity, while Nord Stream 2 AG company is based in Switzerland. Nord Stream 2 AG opted to establish a German subsidiary to oversee the part of the pipeline that goes through the country, but the regulator says that most assets should be transferred to that firm.

The certification will resume only after this transfer is completed and the German subsidiary files a new application, BNetzA said. It will be studied during the remaining part of the four-months-long approval period.

Nord Stream 2 AG applied for certification of the pipeline this June, but the German regulator deemed that it had received all the required papers only in early September. That’s when the four-month certification process started, meaning that the draft decision might not be published by BNetzA before January 2022.

The approval process was further complicated after Warsaw and Kiev were given the right to participate in it. However, the Polish and Ukrainian gas companies can only issue their judgement on the project, and lack veto powers to block it.

The construction of the underwater pipeline, which went on despite strong opposition from the US, was completed in September, and later filled with gas.

Russia’s energy giant Gazprom said earlier this month that deliveries to customers in Germany and elsewhere in the EU may start as soon as it’s given the green light by BNetzA.