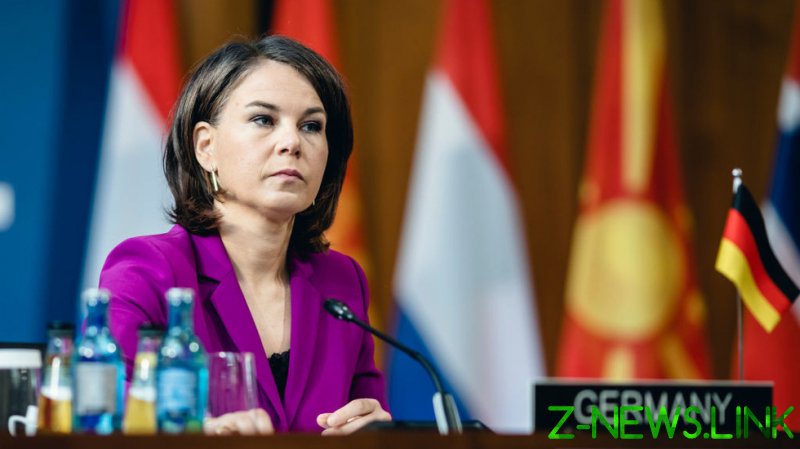 Germany has warned China against escalating tensions with Taiwan and has vowed to assist Taipei in case of a conflict with Beijing, Foreign Minister Annalena Baerbock announced on Tuesday during a UN Non-Proliferation Treaty conference in New York as reported by Der Spiegel.

“We do not accept when international law is broken and a larger neighbor attacks its smaller neighbor,” said Baerbock, adding that this principle applied to China as well.

Baerbock’s statement comes amid increased tensions between the US and China as US House Speaker Nancy Pelosi is reportedly expected to visit Taiwan on Tuesday. Beijing has repeatedly warned that it would interpret such a move as an encroachment on its sovereignty and an affront to the One China policy which Washington officially recognizes.

Commenting on the possible visit by the speaker, China’s Foreign Minister Wang Yi stated that some US politicians are “openly playing with fire” and blasted attempts by Washington to artificially create an incident in the Taiwan Strait.

If Pelosi “dares” to travel to Taiwan, “the [People’s Liberation Army] will not sit idly by” and will take “resolute and strong countermeasures” to protect China’s sovereignty and territorial integrity, Chinese Foreign Ministry spokesperson Zhao Lijian warned on Monday. 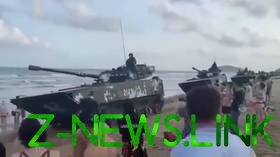 As tensions continue to escalate, several Asian news outlets have reported increased military activity by both Beijing and Taipei across the Taiwan Strait on Tuesday. Meanwhile, the Independent has reported that US Navy ships have also been dispatched to the region on “routine deployments.”

The White House has yet to confirm Pelosi’s stop in Taipei, but Secretary of State Antony Blinken has insisted that the “decision is entirely the Speaker’s” and that the administration doesn’t know what Pelosi intends to do.

Several unnamed Taiwanese and US officials reportedly told CNN on Monday that Pelosi was indeed expected to make a trip to the island, which would mark the first time a House speaker has traveled to the self-governed island in 25 years.