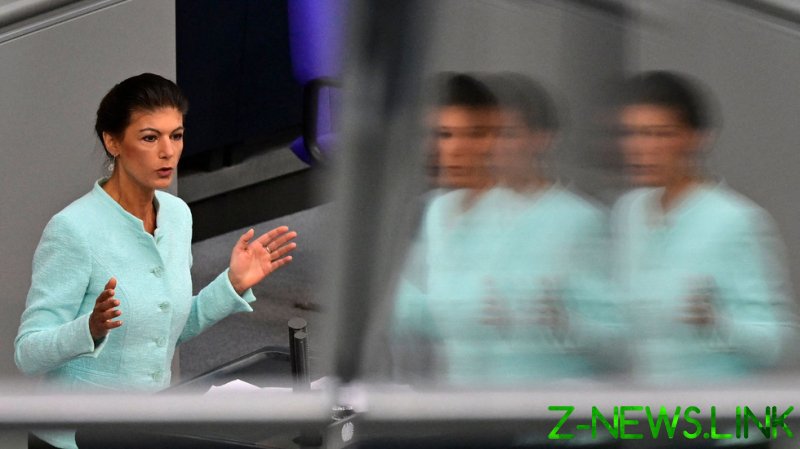 Germany’s government is the “stupidest” in Europe for managing to embroil itself in a full-blown “economic war” with its top energy supplier, Russia, left-wing politician Sahra Wagenknecht said on Thursday.

Speaking in the Bundestag, the former co-chair of the party Die Linke (The Left) urged an end to anti-Russian sanctions and the resignation of the country’s vice chancellor and economy minister, Robert Habeck.

While describing the ongoing conflict in Ukraine as a “crime,” Wagenknecht said the anti-Russian sanctions are “fatal” for Germany itself. With energy prices out of control, the country’s economy will soon “just be a reminder of the good old days,” the MP warned, as she urged canceling the restrictions and engaging in talks with Russia.

“We really have the stupidest government in Europe,” she told the parliament, calling for Habeck to resign.

“The idea that we are punishing Putin by impoverishing millions of families in Germany and destroying our industry while Gazprom is making record profits – how stupid is that?” Wagenknecht wondered. 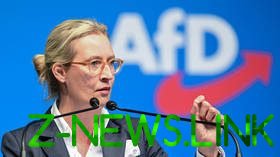 The controversial speech met quite a mixed reaction, with Wagenknecht’s remarks scoring applause in the Bundestag from MPs of polar opposite political views, including members of the right-wing Alternative for Germany (AFD). However, multiple left-wing politicians rushed to distance themselves from Wagenknecht’s statements and condemn her.

“The party’s position on sanctions against Russia was decided at the last federal party conference. There is no ‘economic war against Russia.’ Russia is at war with Ukraine,” the former co-chair of Die Linke, Bernd Riexinger, tweeted, adding that there must be “no doubt” about whom the party backs in the ongoing conflict.

Former left-wing MP Niema Movassat went even further, taking to Twitter to call for Wagenknecht  to be excluded from his parliamentary group. The politician’s remarks contradict “a lot of” what the party agrees on, and she should be punished for “acting against” Die Linke, Movassat suggested.