Home / policy / German media about the parade in Moscow, and voting on amendments to the Constitution

German media about the parade in Moscow, and voting on amendments to the Constitution 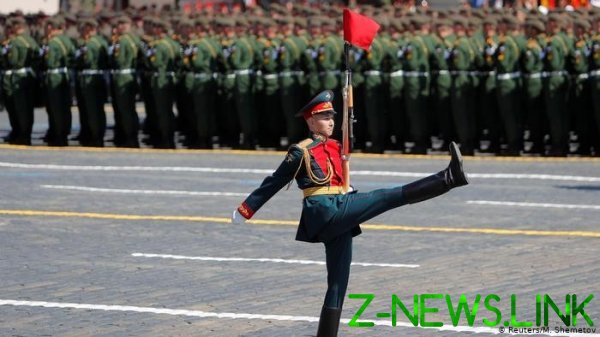 Military parade on red square, held despite the epidemic COVID-19, was designed to lift the spirits of the Russians and encourage them to support the amendments to the Constitution, according to German commentators.

The German media has paid a military parade in Moscow, a lot of attention. Wednesday, 24 June, broadcast live from red square, though not carried out, but in the news and analytical programs on the main TV channels of Germany this topic was allotted a certain time, though not in the first place.

And on Thursday, June 25, a parade, timed to the 75th anniversary of the Soviet victory over Nazi Germany in the great Patriotic war, was widely covered by the German press. However, almost without exception, all the leading Newspapers of Germany has identified the relationship between a military parade in Russia began voting on amendments to the Constitution.

Muscovites were given bread and circuses

Ordinary people in Germany, where it is still prohibited all mass events, it is unclear why Russia is in third place in the world in the number of infected with the coronavirus, decided to conduct thousands of military parade with the participation of the public. 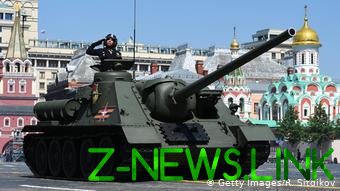 “Muscovites have given bread and circuses”

Confusion of their fellow-correspondent of the newspaper “Süddeutsche Zeitung” was transferred to the Russian historian, Professor at the European University in St. Petersburg Ivan Kurilla. “Putin wants to raise the mood of the citizens so that they – the high turnout – voted for an amendment to the Constitution, – said kurilla. Parade is the means to achieve it.” The historian explained that the Russians winning the war is the only historical event to which they relate mostly the same and which gives them the same feelings.

Newspaper Die Welt, believes that “the conduct of the pompous ritual on the eve of the vote in Putin’s amendments to the Constitution by chance”. “Before Russians go to the ballot box, continues the edition, they need to be reminded about the greatness of Russia and its superpower status is a small trick to improve the appearance and proportion of votes “for” votes, designed to preserve the power of Putin the de facto for an indefinite time.”

The newspaper Tagesspiegel believes that to postpone the parade and then the Kremlin was dangerous, because this only increased the discontent of the Muscovites, who for nearly ten weeks was forced to sit at home under strict quarantine. They had – as in the time of the Romans to give bread and circuses, specifies the edition, offer something that would raise their spirits and motivated to take an active part in voting on amendments to the Constitution.

Way to enhance mood and personal rating of the President

In recent weeks, writes Tagesspiegel, the ratio of supporters and opponents of amending the Constitution has not changed in favor of Putin, declined and his personal rating: only 59 percent supported at the end of April his policies, the lowest rate in 20 years. And according to another survey, trust the President now only a quarter of Russians. Two and a half years ago the figure was more than two times more emphasizes the publication. 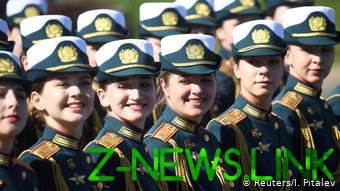 “Putin ordered to stand down anxiety,” – said in this regard, the Frankfurter Allgemeine Zeitung. “The celebrations in Moscow to mark the victory in the great Patriotic war have simultaneously to symbolize the victory over the virus,” adds coming in Switzerland the Neue Zürcher Zeitung.

On the growing discontent of Russians – not only Muscovites, and not only of the quarantine restrictions – pay attention to other media. Broadcaster MDR provided on its website the results of an independent survey of “Levada-center”, according to which only 33 percent of citizens of Russia would vote for Putin in the presidential election.

Thus, his rating was reduced in two times compared with the beginning of 2018, said the correspondent of MDR sociologist “Levada-center” Denis Volkov. And even among loyal supporters of Putin, according to him, approximately one third does not support all the proposed amendments to the Constitution.

However, whatever the polls said at the end stretched from the coronavirus in the whole week of voting, neither Putin nor the German commentators do not doubt. Die Welt calls which began this Thursday vote “Potemkin referendum” and recalls the words of the President, who expressed confidence in the fact that the vast majority will support the amendments. 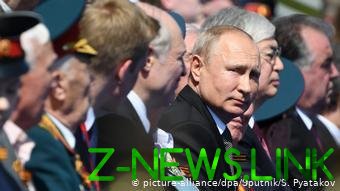 Vladimir Putin at the parade on June 24

Tagesspiegel, in turn, believes that the vote for the blind: “Amendments to the Constitution approved by Parliament and signed by the President. It (new Constitution – Ed.) even in the printed version is on the shelves in bookstores. So it is only symbolic legitimation. Putin shares responsibility with the voters. He is not, say, one ordered to extend its powers, and the people have so decided.”

“The triumph at the polls is intended to eliminate any doubts about the legitimacy of his project, says the commentator for the Süddeutsche Zeitung – as well as to demonstrate to voters and the inner circle of Putin in the foreseeable future there is no alternative”.

The reform of the Constitution or a constitutional coup?

German media indicate that amendments to the Constitution and reset the timing of the President allow Putin to remain the Russian President after 2024 for another two terms, that is, until 2036, when he will be 83. 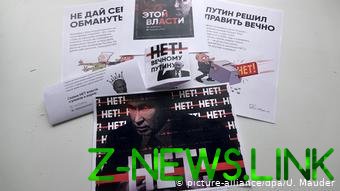 The opposition opposes the amendments to the Constitution

Online edition Tagesschau.de argues of the mayor of Moscow Sergei Sobyanin, explained the need to keep Putin in the Kremlin, the desire to avoid political uncertainty and instability. “The fact that the incumbent President paid a special rule in the Constitution, writes Tagesschau.de is from the point of view of critics of the Kremlin are not of constitutional reform and constitutional revolution.”

This assessment of the Russian opposition shares and columnist for Handelsblatt. He also calls the idea of the Kremlin is not constitutional reform a “constitutional coup”, and started voting “game in democracy”. Putin’s goal, according to the author, “to get around the annoying limitation of presidential terms, which would force him to leave office in 2024”.

The commentator for the Süddeutsche Zeitung looks at things more globally: “Whether it is voting on amendments to the Constitution or the Victory parade – Putin is doing to Russia everything remains as it is, and he could easily go down in history”. Started a vote that helps him, as the author writes, “it preserves, perpetuates the values that Putin has chosen for Russia.”