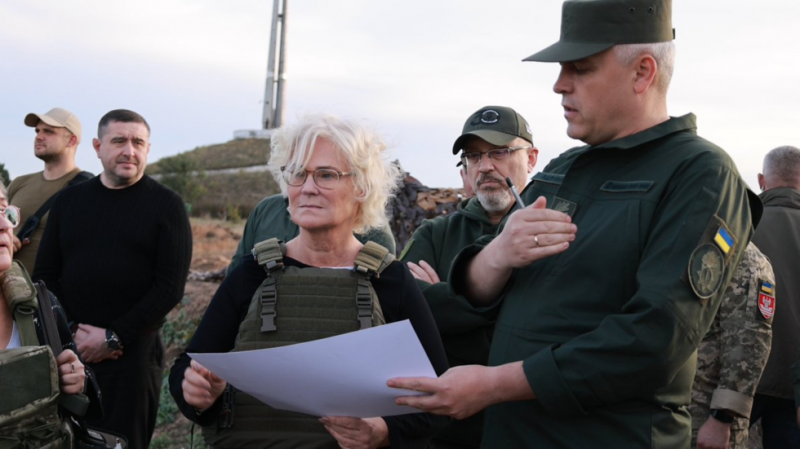 Germany’s Defense Minister Christine Lambrecht made an unannounced visit to Ukraine on Saturday, where she vowed to provide more military aid in the coming days, including the long-promised Iris-T SLM ground-based air defense system.

“In a few days, we will deliver the very modern Iris-T air defense system,” she announced following a meeting with her Ukrainian counterpart Aleksey Reznikov in the Black Sea port city of Odessa.

Berlin initially promised back in June to send Kiev at least one Iris-T unit for free. Ukraine reportedly wants to obtain at least a dozen and has offered to purchase the rest directly from the manufacturer, even though Germany’s own armed forces have yet to receive these systems themselves.

Germany alone sent at least $711 million worth of arms to Ukraine, including multiple deliveries of self-propelled Gepard anti-aircraft guns and PzH 2000 howitzers, since the start of the conflict in late February.

Kiev, however, repeatedly criticized Berlin for supposedly not doing enough and refusing to provide it with Leopard battle tanks and Marder infantry fighting vehicles. Chancellor Olaf Scholz promised in August that Germany’s “most modern and efficient equipment” would be supplied to Ukraine “soon,” referring to the Iris-T systems and Cobra artillery radars, but not tanks.

Berlin argues that no other country has so far sent modern tanks, with Lambrecht reiterating on Saturday that Germany “has always made it clear that we will not go it alone in this area” in order to avoid “escalation.” Instead, Berlin has offered third countries, such Greece, Slovakia, Slovenia, Czech Republic and Poland, to transfer their stockpiles of Soviet-era hardware to Ukraine in exchange for modern German weaponry.

Moscow has long criticized the deliveries of weapons, arguing that they only prolong the conflict and increase the risk of a direct confrontation between Russia and NATO.