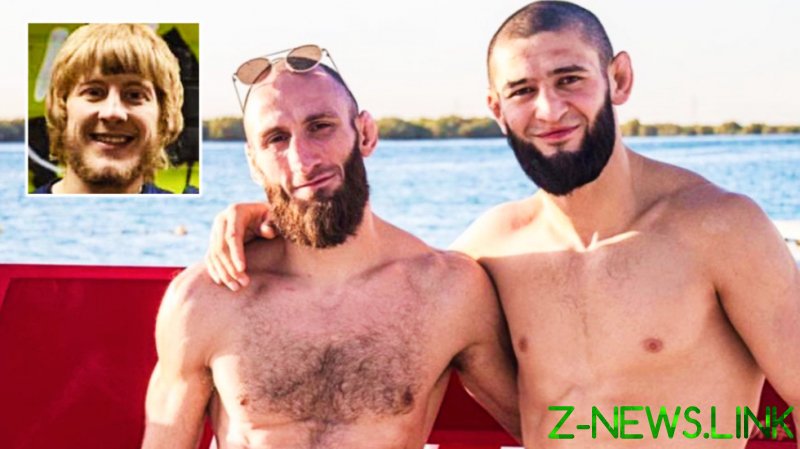 Asked why he called the cocky Liverpudlian out, Kutateladze told RT.com that he “wants to kill [Pimblett’s] hype” as an ex-Cage Warriors champion who has come into his organization declaring himself Dana White’s signing of the decade.

But then things got personal when ‘Paddy the Baddy’ was flagged up for insulting the people of Georgia.

“I just said ‘Let me welcome him to the UFC’,” Kutateladze explained.

“[But] if someone is disrespectful, maybe they should educate themselves or learn how to read. He didn’t like someone challenging him and sulked.

“Most of all, I’m surprised at how childish and uneducated he is. I thought he was a more intelligent person but I was very mistaken.

“I don’t care about how he talked to me, but the way he talked to my manager was very disrespectful. The words he called him were unacceptable and irresponsible.”

“Hopefully, it’ll be from me. From my hand or leg, whatever. Or maybe not. God doesn’t leave these kind of people [alone who are] saying that people deserve to die. Karma, whatever you want to call it [will get him].”

This aside, Kutateladze wishes Pimblett no harm out in the open, in everyday life, but can’t guarantee that hotter heads will be able to control themselves while “crazy people are everywhere”.

Pimblett has remarked that he would find the featherweight ranks easier to clear out than Kutateladze’s lightweight division, but the Georgian won’t lose any sleep over a meeting not materializing any time soon.

“If you take our skillset wherever you want to take it, skill-wise I’m at a very much higher level,” he said. “I’m a higher level striker, wrestler, grappler. But if it doesn’t happen now, it’s gonna happen someday.

“[If] he thinks it’s easier there, let him search for an easier way. He’d better suffer with his weight cut and go down there and hide from lightweights. He still doesn’t know what he wants or where he wants to fight.

“If it’s featherweight, let him fight at featherweight. But there are my Georgian brothers who are going to take care of him there.