Home / WORLD / GameStop: Incredible rally may not have been boosted by gang of rebel Redditors alone, analysts say

GameStop: Incredible rally may not have been boosted by gang of rebel Redditors alone, analysts say 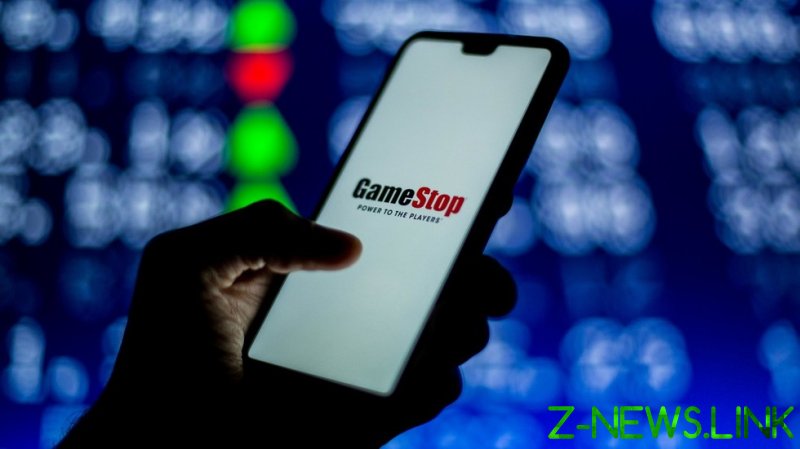 “Although retail buying was portrayed as the main driver of the extreme price rally experienced by some stocks, the actual picture may be much more nuanced,” JP Morgan global quantitative and derivatives strategy analyst Peng Cheng wrote this week, in a research note addressed to the bank’s clientele.

The prevailing narrative was that a group of Reddit users had launched a flash mob, gobbling up GameStop’s shares. The campaign resulted in GameStop’s stock price growing over 1,800 percent, forcing a short squeeze by big hedge funds that had to cover the negative bets or risk catastrophic losses. Back then, the step washed billions of dollars out of the biggest hedge funds, with media outlets proclaiming the victory of amateur traders over the Wall Street sharks.

However, JP Morgan researchers have found out that shares of the American video game retailer had not been seen among the top 10  most-bought stocks by small investors in January. GameStop was number 15 on the firm’s retail buying list for last month.

According to the analysis, based on public data and a proprietary methodology to track retail trading activity, shares of such companies as cinema chain AMC Entertainment and hydrogen fuel-cell maker Plug Power, American Airlines and fashion retailer Express got dragged into the fray, ending up among the 10 most-purchased stocks by retail traders.

“Retail activities were very elevated in January and, towards the end of the month, captured some of the highest market shares relative to history in terms of shares traded,” Cheng wrote.

“Reddit users are likely not the sole driving factor of the price volatility, and their behavior is not representative of the overall retail investor base,” the expert added.

“Maybe it’s not as much of just the little guy versus the big guy,” JMP Securities analyst Devin Ryan suggested, commenting on the news in an interview with CNBC.