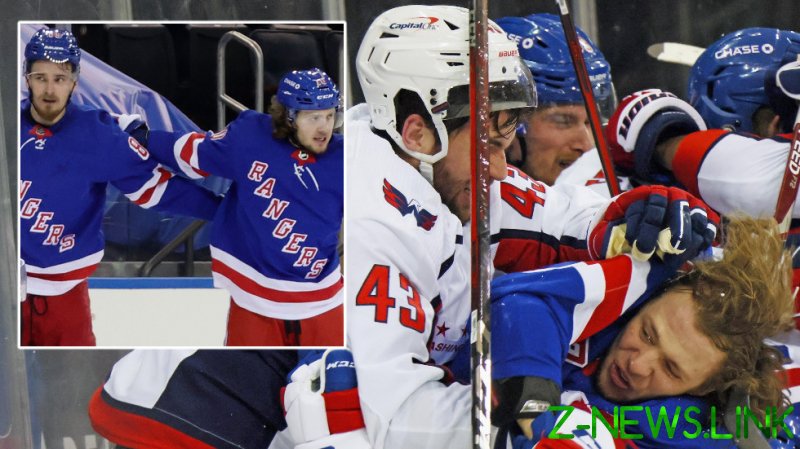 The Washington Capitals’ Tom Wilson hit Pavel Buchnevich on the back of the head before slamming Artemi Panarin, leaving the Rangers’ key player with a lower body injury that will keep him out for the rest of the season.

Wilson, who has previously been banned for 14 games among a shocking slew of disciplinary misdemeanors, received two minor penalties and a 10-minute misconduct punishment, but will not have to sit out any further action after stumping up the tiny fine.

In an understandably angry statement the following day, the Rangers accused NHL Head of Player Safety George Parros of a “dereliction of duty” that made him “unfit to continue in his current role”, pointing to Wilson’s appalling track record and describing his latest indiscretion as a “horrifying act of violence”.

Now NHL Commission Gary Bettman has dished out the huge penalty to the team following their 6-3 defeat.

“Public comments of the nature issued by the Rangers that were personal in nature and demeaning of a League executive will not be tolerated,” he declared.

“While we don’t expect our clubs to agree with every decision rendered by the Department of Player Safety, the extent to which the Rangers expressed their disagreement was unacceptable.

“It is terribly unfair to question George Parros’ professionalism and dedication to his role and the Department of Player Safety.”

Fans were almost unanimously disgusted by the news. “That seals the deal,” wrote one. “I am no longer an NHL fan. This decision is a pure and utter disgrace to sports.

“I officially will not be watching on TV, nor will I buy merchandise ever again. I’m going to Major League Baseball, where they know how to protect their players and teams.”

Speaking after the Rangers lost the return game 4-2 on Wednesday, forward Ryan Strome said he felt the team’s response to the scandal had been “appropriate”.

“When your star player gets tossed around like that… I’m proud of our guys, it says a lot about us,” he added, referring to winger Panarin’s injury. “It’s been super-challenging.”

Speaking earlier in the week about the miniscule fine handed to Wilson, Strome said: “I think it’s a joke, to be honest with you.

“I think Tom Wilson is a very effective hockey player. But I just think that crossed the line. Buchy was trying to score a goal and… [was] a defenseless player.

“And Panarin, in my opinion, with no helmet on – a superstar in our league – it’s a joke.

“I think it sends a bad message. I think everyone pretty much agrees with that. And I just think the league missed one here, big time.

“Our best player’s out for the rest of the year. It’s an unfortunate incident that has nothing to do with the play or the game of hockey. That’s kind of where the big issue is.”

Alternate captain Panarin posted a picture of the Rangers’ flag to his following of almost 400,000 on Instagram.