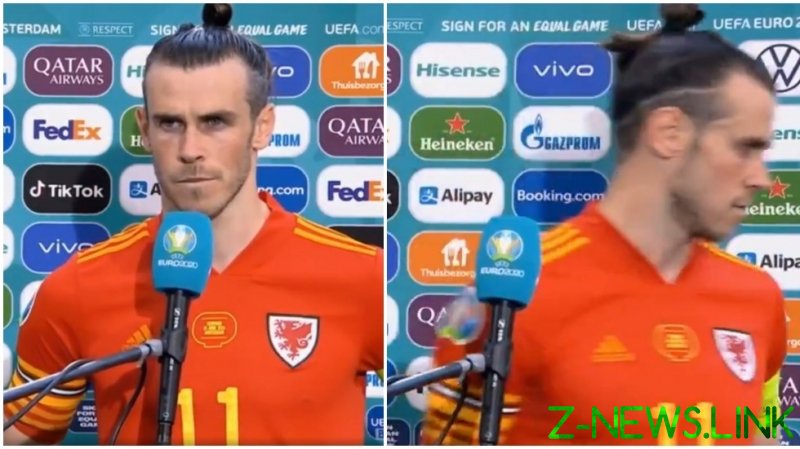 Semi-finalists in France five years ago, Wales fell at the first knockout hurdle this time round as they were battered by an inspired Denmark team who ran riot thanks to a double from young forward Kasper Dolberg and late goals from Joakim Maehle and Martin Braithwaite.

Wales had Harry Wilson sent off late on in the game and also rued several refereeing decisions which went against them, not least Dolberg’s second goal when Danish defender Simon Kjaer appeared to foul Welsh forward Kieffer Moore early in the build-up.

But in reality the Welsh were well beaten by a fired-up Denmark who are driven on by the passion of playing for stricken star Christian Eriksen following his on-pitch collapse in their first match of the tournament.

Bale meanwhile failed to assert himself on his 96th appearance for his country, with some wondering if the 31-year-old Real Madrid star could now call time on his international career.

But after suggesting the referee had been influenced by a fervently Danish-dominated crowd in Amsterdam, Bale himself reacted strongly when asked by the BBC whether he would now leave the national team set-up.

As the presenter began the question, Bale didn’t even wait around for its conclusion as he stormed off from the pitchside interview area.

As if one viral moment wasn’t enough, Bale also became instant meme material with his reaction to the VAR check for Denmark’s fourth goal deep into injury time, which was eventually allowed to stand despite suspicions of offside for Braithwaite.

It was that kind of night for Bale and Co, but their conquerors Denmark now move on to a quarter-final meeting with either the Netherlands or Czech Republic in Baku on July 3.