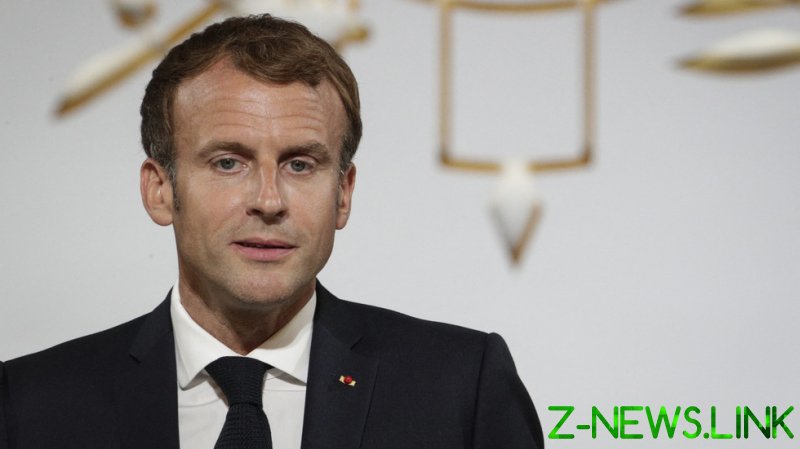 The French have every right to feel slighted by the AUKUS deal between the US, the UK and the Australians. How would you feel if you’d had around £70 billion worth of contracts to build submarines taken from under your nose? And what’s worse, you’d had them stolen by people you thought were your friends.

Anyway, since the deal was announced last Wednesday, the behaviour of the French government has been unedifying, childish and now it’s becoming selfish. They have been staggering around like a drunk sailor aiming punches in everyone’s direction. Hell hath no fury like a Frenchman scorned.

First, they withdrew the French ambassadors from Washington and Canberra due to “the unacceptable behaviour between allies and partners.” They did not withdraw the French ambassador from London because, they claimed, the UK is the “junior partner” which had accepted its “vassalisation” by the United States.

The French government then cancelled a meeting between Ben Wallace, the UK Defence Secretary, and Florence Parly, the French Defence Minister, which was due to take place in Paris this week.

Wallace later said that “there is absolutely no intent here by the United Kingdom Government to slight, upset or drive a wedge between us and France.” Well, good luck with that one, Ben.

And now, in a blatant act of selfishness, the French have signalled their intent to collapse the European Union’s proposed trade deal with Australia. Clément Beaune, France’s European Affairs minister, claimed the reason for putting a halt to the talks with the Australians boiled down to trust… or a lack of.

He said, “Keeping one’s word is the condition of trust between democracies and between allies … so it is unthinkable to move forward on trade negotiations as if nothing had happened with a country in which we no longer trust.”

I have to say that I find it astonishing that one country – whether it has been wronged or not – can collapse trade negotiations which involve another 27 (26 from the EU and the Australians). It just seems obscene, and it proves why the European Union will never function properly.

Indeed, this is the reason why it always takes the EU years to make trade deals. For example, the EU has already had 11 rounds of trade negotiations with the Australians and is nowhere near close to an agreement. The saying “too many cooks spoil the broth” springs to mind.

Moreover, as is now being proven, one country can collapse the negotiations when it feels peeved. Compare, for example, how quickly Brexit Britain concluded a free trade deal with Australia, and you can see what an independent country, which looks after its own interests, can achieve.

You would expect other countries within the EU to be pretty miffed at the French for collapsing the talks. The Irish, for example, want the negotiations to continue regardless, but their trade envoy Robert Troy was forced to admit that “I’m sure this (AUKUS) will play a role, it will influence future discussions.”

The reality is that the Irish can whistle in the wind, because it’s the big countries that matter in the EU, and when the French say “jump,” Brussels always asks “how high?”

Indeed, it came as no surprise to those of us who know how the EU works to see the Brussels bigwigs swing right in behind Emmanuel Macron yesterday. They can’t have their favoured presidential candidate made to look a fool on the international stage.

For example, Josep Borrell, the EU’s High Representative, said “this announcement (AUKUS) ran counter to calls for greater cooperation with the European Union in the Indo-Pacific” and concluded that the EU’s foreign ministers “expressed clear solidarity with France.”

I think everyone can agree that the whole issue has been an almighty slap in the face for Macron and a national embarrassment for France. In a way, I feel sorry for them, and I would no doubt be furious if the same thing had happened to the UK.

But to collapse a trade deal that would benefit the whole of the EU due to a fit of pique is not only cutting off your nose to spite your face, it is also extremely selfish. And the fact that the Brussels mandarins are going along with it only goes to prove who really calls the shots in the EU.