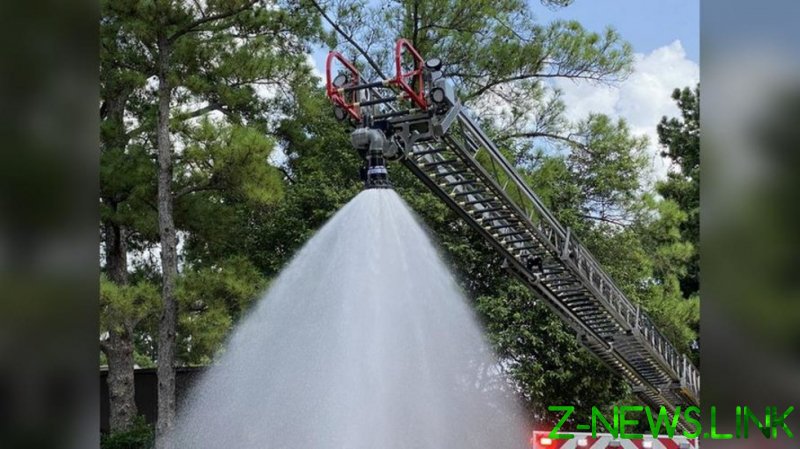 Thirty-one people were taken to hospital after they were exposed to what officials believe was a mixture of bleach and sulfuric acid in Six Flags Hurricane Harbor Splashtown in Spring on Saturday. Local media reported that a lifeguard overseeing a kiddie pool, was first to feel unwell, and it was not long before dozens of other visitors, including children, felt symptoms such as skin and inhalation irritation consistent with the chemical poisoning.

Among those who were rushed to hospital was a three-year-old toddler, who is believed to be in stable condition. A pregnant woman who was going into labor was also among the victims who were hospitalized. Another 55 guests, who had to be decontaminated by hazmat teams, refused hospitalization after being treated on the spot.

As the incident was unravelling, Spring Fire Department reported that it was “providing emergency care for dozens of people who have been affected by a chemical leak.” However, Harris County Judge Lina Hidalgo later told a press conference that samples that were taken in the aftermath of the incident did not show any elevated levels of chemicals.

“Every sample that they took was within the acceptable limits, but obviously we have evidence from these folks of being sick that something was wrong,” Hidalgo said. She noted that the park’s own alarm systems did not signal any unusual readings either.

Harris County Fire Marshal’s Office reported that “hypochlorite solution and 35% sulfuric acid” are believed to be involved in the incident.

The park has been closed and the residents were urged to steer clear of the area.

“What began as a fun family day turned into a very much a nightmare for many families,” Hidalgo said, commenting on the incident. Some 47 pieces of equipment provided by multiple agencies were involved in responding to the emergency.

The investigation into the incident has been underway.