From Zelensky has told that will allow to dissolve the Rada 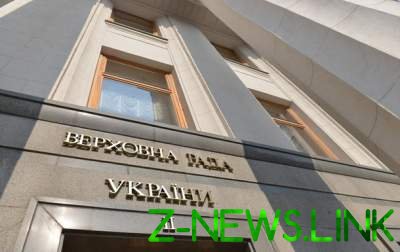 The dissolution of Parliament is possible, because at the moment there is no coalition, said the speaker staff Zelensky.

“The dissolution is possible, because as of today, no coalition. The coalition consists of two fractions. In these fractions is not enough people’s deputies, i.e. there is less than 226” – he said.

According to Razumkov, the speaker of Parliament Andriy Parubiy did not respond to numerous requests to provide a list of names of MPs who are part of the coalition.

“By the way, is a violation of applicable law. Therefore, the precedent that the dissolution can take place there. There are certain time limits, Parliament may not be dissolved later than… Today, different legal systems, they often tend that this number 27,” said Razumkov.

He believes that the Central election Commission is delaying the process of promulgation of the results, and then Parliament will reportedly delay the process of inauguration.

On the eve of the CEC said that it will announce the election results in accordance with the latest legislation day – April 30. In this case, the inauguration of President-elect shall be held not later than may 30.