Home / policy / From election “against the rules” falling legitimacy 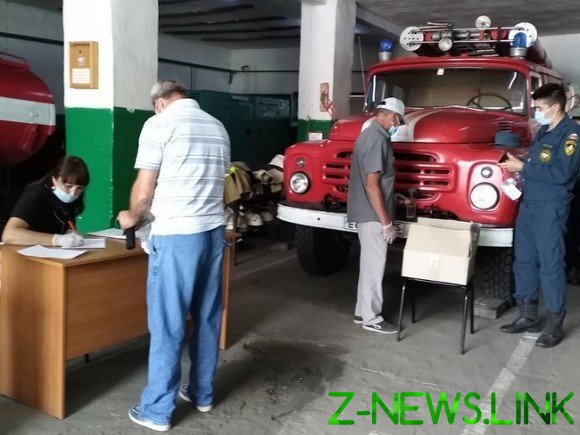 As practice shows, the voters pretty quickly get used to the different mechanisms of pressure on them and learn to give power back.

The first days of the “experimental” vote on presidential amendment to the Constitution showed that the government actively uses the most unusual ways of organizing the people’s will, like polling stations “at stumps”, and expanding the practice of voting at the companies where observers get almost impossible.

Thus at the level of the CEC sound assumption that the practice of holding a vote within a few days will now be used permanently.

This significantly increases the dissatisfaction among opposition-minded citizens. In social networks, for example, expressed confidence that the current extreme practices of voting, including expression under the control of the administration of the “native” enterprises can also be applied to all subsequent elections. However, most experts such forecasts are treated with caution.

“We must wait for the results of the voting on the amendments, to look at the numbers. Pressure is a double-edged thing. As practice shows, people pretty quickly get used to the different mechanisms of pressure on them and learn to avoid them. Experience tells us that all mechanisms of pressure on the electorate that the government periodically used, after some time, began to do by the voters. Things like the voting at the place of work can also be neutralized. If it is secret and the number of votes is large enough, then all the horror stories about the fact that you can calculate how who in your company voted are stupid.

We need to see how this will work. Such a practice we already had. Peak use of the voting at the place of work was under former head of the CEC Vladimir Churov. Then, after many scandals, it began to decline, and now again decided to come back.

Will have to see the final results of voting on amendments. If it turns out that people still vote out of spite, then perhaps this form of expression will refuse. But if it becomes clear that in those areas where they used the vote on the companies, the results are normal, it is possible that this practice will expand. The government is also looking at how does this or that technology”.

“The vote on the enterprises, while rather the exception. Usually polling stations are located at the place of residence, where customary, for example, in schools.

The fact is, as a rule, people voting is a ritual. And the more it corresponds to that ritual, the more they consider it legitimate. Even in Soviet times elections held in accordance with a certain ritual, gave them legitimacy, despite the fact that you actually have to choose between someone and someone at the Soviet people could not — the alternative candidates were not. But the citizens came to the usual place, played music, worked the canteen, gave you the ballot which you had to drop the box in. All as always. It was familiar, old ritual. So when, for example, in the early 1990-ies of the cupboards were missing, the part of the voters just offended, “how so”?

If today’s vote will be extended to enterprises, it is still another practice.

Among other things, vote often runs in families. People go to the polls together. Family on their venture to bring impossible. Therefore, the increase of the practice of voting at the place of work can reduce the activity of the electorate. In this regard, the extension of such a vote is unlikely. Now, during a pandemic, just a lot of emergency practice, but someday it will pass. These practices are unfamiliar to citizens, therefore putting them in more peaceful times unlikely.”

“Voting practices at the enterprises will be practiced further. Extension it is probably because it is convenient. The results of the elections stronger dependent on the ruling elites — in this case, managers of large enterprises. And with them the power to negotiate easier than with the voters.”

Igor Mintusov, President of the European Association of political consultants:

In General, the voting at the place of work was used during the elections to the state Duma in 2011. How widely it is used now, can only know the Central election Commission, and he wants to address questions about how it increases from year to year.

Whether expanded voting at the enterprises of the next election depends on political decisions on this issue. I admit such a possibility with a probability of fifty-fifty. If we proceed from the presumption of guilt of power — in the sense that when she has the opportunity to cheat, she will do so, then, we can conclude that such a decision is likely to be accepted. If we start from the presumption of her innocence, then no. But when using these technologies (have) to catch her by the hand.”