Fresh rating of the most protected from theft of car models 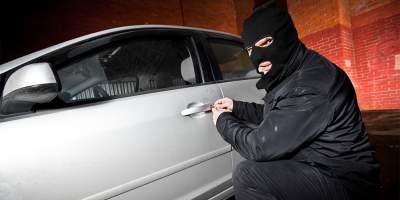 British experts have tested the protection against theft of 11 cars with the Keyless entry system. British Research company Thatcham, dealing with road safety, has made a rating of security of vehicles against theft.

The study involved only cars with Keyless entry system.

Only tests in 2019 and involved 11 vehicles, including a rating of “excellent” received four models: Audi e-tron, Jaguar XE, the Range Rover Evoque and Mercedes B-Class.

According to experts, these cars use the most secure wireless technology to start the engine without a key.

See also:  Audi is planning to rename some models

In turn, the “bad” rating received at once six cars. Among them: Ford Mondeo, Hyundai Nexo, Kia ProCeed, UX Lexus, Porsche Macan and the Toyota Corolla. The study notes that these machines have a multitude of reliable safety systems, but it is vulnerable to hijacking by remote code interception key.

The worst rankings received crossover Suzuki Jimny. The Thatcham Research said that this car does not have even basic protection against remote hacking.

See also:  The first photos of the new Bentley

“This study aimed at addressing the vulnerability of cars to hacking and remote hijacking. We have many examples when in this way the machine is stolen in just a few seconds. Now the developers of cars with a low safety assessment, will be able to make the necessary changes in the technical part of the vehicles,” explained technical Director, Thatcham Research Richard Billiard.