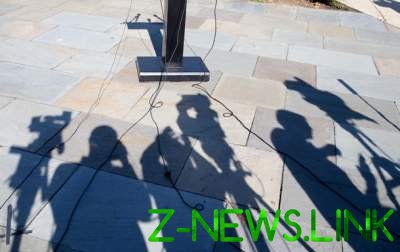 The worst situation is in Turkey.

Global media freedom over the last decade fell to the lowest level. Journalists face state censorship, organized crime and commercial pressure caused by the growing influence of the Internet, says the report of the human rights organization Article 19, writes The Guardian.

“The global freedom of the media is at its lowest since the beginning of the century level”, – stated in the message.

As noted, the study authors measured the freedom of expression in 172 countries of the world for 2006-2016. Their metric is based on the 32 these social and political factors as bias in the media and corruption, censorship of the Internet, access to justice, harassment of journalists, and the equality of social classes, and gender equality.

So, the largest decline of freedom of expression according to Article 19, during the past decade in Turkey. However, according to the report, Brazil, Burundi, Egypt, Poland, Venezuela and Bangladesh also received a disturbing decline in relative diversity and independence of media.

“Unfortunately, our findings show that freedom of expression and beliefs will be under attack in democratic countries and authoritarian regimes,” – said the Executive Director of Article 19 Thomas Hughes.

According to him, journalists face intimidation, harassment and even murder in some parts of the world. In particular, in Mexico, only in 2016 was a 426 attacks on journalists and media representatives. In addition, according to a study last year in the world 259 journalists were imprisoned and killed 79.

Focusing on the positive trends, the authors of the study point to the improvement of the situation in Tunisia, Sri Lanka and Nepal. Also, representatives of Article 19 praised the adoption of laws on freedom of information in 119 countries.

See also: Denmark has adopted a law that may prevent the construction of “Nord stream-2”

We will remind, Ukraine has risen five places to 102nd place in the ranking of international press freedom organization reporters without borders.