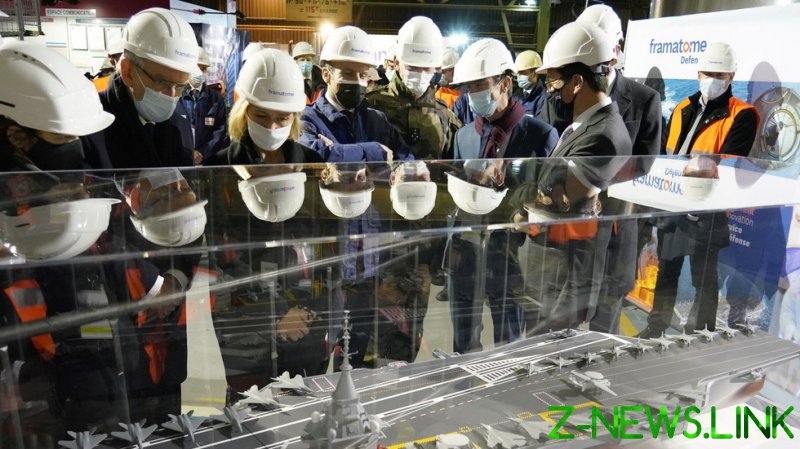 “Nuclear power will remain the cornerstone of our strategic autonomy,” Macron said on Tuesday, as he visited the Framatome nuclear reactor construction plant in the eastern town of Le Creusot.

The new vessel will also be fitted with an electromagnetic aircraft launch system made by American defense firm General Atomics, and will be able to hold around 30 next-generation Rafale fighter jets.

Set to be in service until around 2080, the new project’s price tag has been estimated at around €7 billion ($8.5 billion) by some media, although French officials have not confirmed its total cost.

France’s minister of the armed forces, Florence Parly, said the construction of the new aircraft carrier would create 2,000 jobs.

The development of the vessel is part of a wider nuclear strategy Macron has set out for France. “Our energy and ecological future depends on nuclear power,” he said on Tuesday, adding that abandoning the energy source would “pave the way for the reopening of a coal plant.”