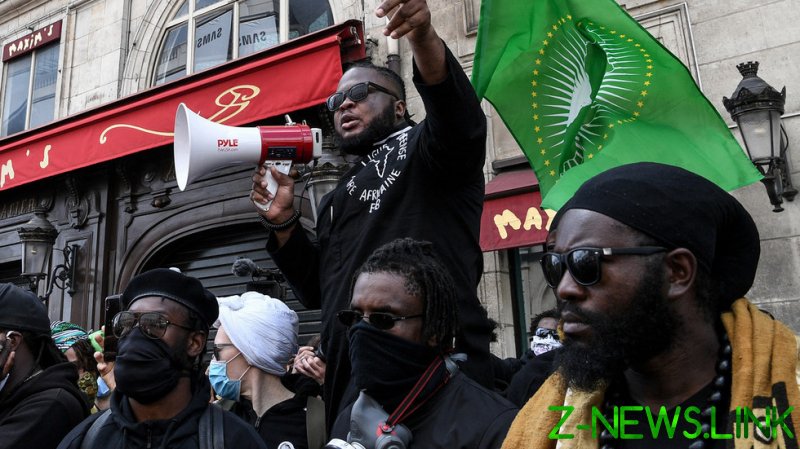 On Monday, French interior minister Gérald Darmanin posted a statement on Twitter that the Ligue de Défense Noire Africaine (LDNA) would be banned in France following a weekend in which the group was allegedly involved in violence.

“I have decided to launch the procedure initiating the dissolution of the Black African Defense League. The speeches of this racist structure call for hatred and discrimination. Its actions cause disturbances to public order, like this weekend in Val-de-Reuil,” he tweeted.

The group describes itself on Facebook as a “revolutionary movement for the defense of the rights of Afro-descendants and Africans”. Almost 300,000 people have subscribed to its Facebook page. Its president and founder Egountchi Behanzin calls himself a “political activist, Pan-African resistance fighter, freedom fighter, revolutionary” in his Twitter bio.

Over the weekend, members of the group were involved in a protest in Val-de-Reuil, in Normandy. In videos shared online, members of the group can be seen seemingly harassing public officials, as well as occupying the town hall. There were also reports of brawls between Kurdish and African groups in the town.

According to BFM TV, the group has 15 days to appeal against Darmanin’s move. If it elects not to appeal the decision, President Emmanuel Macron can ban the group. If it does appeal, France’s Council of State – an administrative justice body – will decide the matter.

Macron’s government has been increasingly vocal and active in dealing with groups it considers a threat to the state. Earlier this year, it banned right-wing group Génération Identitaire and a pan-Turkish nationalist group known as the ‘Grey Wolves.’