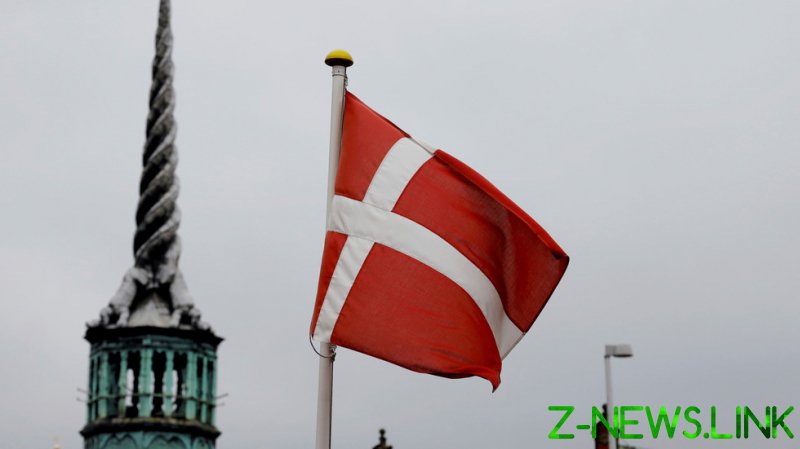 Despite topping almost every global happiness survey since the early 1970s – and its envious reputation for very tall people, tasty pastries, crispy bacon, minimalist designer chic and “probably the best lager in the world” – Denmark has a ‘dark underbelly’ that belies its utopian stereotype.

A prime example of this conflict between the touchy-feely fantasy of Scandinavian cultural perfection and the inconvenient truth about Europe’s largest exporter of mink and pigs is The Investigation. Set in Copenhagen, this six-part ‘Nordic noir’ crime series is based on the murder of 30-year-old Swedish journalist, Kim Wall. Delivered with achingly forensic detail, the narrative concerns the evidential grind of a murder investigation, which in this case focuses on Danish inventor Peter Madsen, who Ms Wall had the misfortune to interview on his homemade midget submarine before she disappeared on August 10, 2017.

Over the coming days and months Ms Wall’s dismembered body was found in various locations in and around Copenhagen’s Køge Bay. Madsen was eventually found guilty of her murder and sentenced to life in prison in 2018. As lifers in Denmark are eligible for parole after serving 12 years, he could be sailing down Nyhavn sooner rather than later.

That said, this week Madsen received an additional 21-month jail term for breaking out of Copenhagen’s Herstedvester Prison last October – a spectacle that was sensationally captured live on TV. Brandishing a mock gun and wearing a fake bomb belt, he threatened prison staff and got half a mile from jail on foot before being captured by armed cops. As metaphors go, Madsen’s violent merry-go-round of noir imitating life, imitating noir, just like The Investigation, sums up the confused state of modern Denmark.

Written, directed and executive-produced by Oscar-nominee Tobias Lindholm, the series is caught in the psychological hinterland between artifice and art. The Guardian called it“sombre”, “sober” and “elegant” – words one would more readily associate with Barber’s Adagio for Strings than a plodding drama with psychosexual undertones. Bourgeois critics would have us believe that The Investigation, like Nordic noir in general, is the apogee of Danish existential drama. But with its slow-fi, hushed, beige filtering of reality, it’s analogous to the Danish utopian ideal of Janteloven – social order via the removal of individuality.

This triumph of the banal is summed up in one 22-second scene. Deep inside the bowels of Copenhagen’s police HQ, the camera holds tight on a grainy evidential snap of Madsen’s sub chugging its way out of a photocopier. It’s riveting. But so is watching 22 seconds of a Tesco ‘Roast Beef Dinner for One’ being microwaved, if Kierkegaard is your thing.

Arguably, Danish artists, thinkers and politicians have a knack for finding deeper meaning in nothingness. Lars von Trier has built an entire career out of it. Ditto the far-right Danish People’s Party, which managed to garner a career high of 21 percent of the vote in the 2015 general election on an anti-immigration platform, despite Denmark being one of the planet’s whitest nations. In fact, if Denmark were any whiter it’d be translucent.

Long before the submarine case, and for some time afterwards, I lectured at a højskole or ‘folk high school’ in Copenhagen. One day over lunch I found myself in conversation with a group of students. “Do you know why there are so many beautiful women in Denmark?” asked a long-haired fellow, apropos of nothing. Given that he and I were the only males in the gathering, which included five or six female students, a female member of faculty and one trans student, I didn’t really know how to respond. While in theory the global academic ‘space’ should be safe for students and staff alike, the slightest slip of the tongue can put one in a tight spot of Oleanna proportions.

“Er, I have no idea,” I replied, thinking this was some sort of trick question. “Rape,” came the answer, followed by a pregnant pause and much furrowing of brows before the student gave a quack-geneticist explanation of how the Vikings had socially engineered a race of catwalk models by “killing all the ugly women”. The female majority in the group considered the merits of this “thesis” then dismissed it for lack of evidence. I remarked, half-jokingly, that where I come from it would be “inappropriate” to entertain such a discourse, so I made my excuses and left.

Recently, I was reminded of Denmark’s seething salaciousness with the launch of a new sexual consent app called iConsent, which grants consenting users, at the press of a button, permission for ‘one intercourse’ – valid for 24 hours and withdrawable at any time. It comes after the Denmark government recently passed a new law that expands the definition of rape to include any sex without explicit consent. “Now it will be clear, that if both parties do not consent to sex, then it’s rape,”said Denmark’s Minister of Justice, Nick Haekkerup. For such a law to have to be introduced to “clarify” consent is telling.

In 2017, the Ministry of Justice estimated that there were 5,100 rape cases in Denmark that year. A tiny number, 890 to be precise, were reported to the police, and only 535 led to charges against the suspects involved. Of these cases, only 94 resulted in guilty verdicts. These figures contrast with a 2018 study by the University of Southern Denmark, which suggests that an estimated 24,000 women experienced rape or attempted rape in 2017 –and all this in a population of just 5.8 million. It’s no wonder that in 2019 an Amnesty International report lambasted Denmark for having a “pervasive ‘rape culture’ and endemic impunity for rapists”.

While Denmark became the first country to legally recognise same-sex couples, establishing ‘registered partnerships’ in 1989 with similar rights as those afforded to straight marriages, it now has one of the highest divorce rates in the West. Until recently, Danes could get a ‘quickie’ divorce simply by filling out an online form. But in 2019, legislation was introduced compelling married couples to wait three months and undergo counselling before obtaining a dissolution.

New parents in Denmark enjoy 12 months’ paid family leave and highly subsidised day care, and women under 40 are allowed state-funded in vitro fertilisation. However, Denmark’s relatively low fertility rate, at 1.7 births per woman, has prompted the government to cover the cost of three cycles of IVF for a first child up to the age of 40. More than 50 percent of children in Denmark are born outside of marriage to cohabiting couples or single women, with ‘elective single mothers’ known as ‘solomor’ accounting for one in 10 babies conceived via donor sperm. Overall, an estimated 8-10 percent of babies in Denmark are born via assisted reproductive technology (ART) compared with 1.7 percent in the US.

Denmark’s strict child-naming laws also highlight a conflict between Janteloven and a future in which tensions around identity, rights and freedoms will become ever more fraught. Danish law dictates that parents can only choose from a list of state-endorsed traditional names (sorry, Moonbeam Sunshine) – and this in a country that in 2014 became the first European state to allow the legal change of gender without diagnosis. Today, a broad political coalition wants to give under-18s the legal right to change their gender on identification and official documentation and radicalise medical interventions for trans children.

Meanwhile, the eponymous hero of new Danish kids’ TV show John Dillermand regales his 4-to-8-year-old target audience with a series of comic capers, made more absurd by his massive penis which gets in the way of his crazy adventures. Suffice it to say, John Dillermand has made Denmark a global laughing stock. Gender researcher Christian Groes of Roskilde University denounced it as “perpetuating the standard idea of a patriarchal society and normalizing ‘locker room culture’… that’s been used to excuse a lot of bad behaviour from men. It’s meant to be funny, so it’s seen as harmless. But it’s not. And we’re teaching this to our kids.”

Recent scenes of violent far-right, anti-lockdown demonstrations across Denmark further defame the nation in the eyes of a world that witnessed a burning effigy of Prime Minister Mette Frederiksen amid cries of, “She must and should be killed”. Elected in 2019 at the tender age of 41, this mother of two and doyen of Europe’s progressive Left has been hailed by the New Statesman as “rebuilding a culture of shared identity, common purpose, and mutual obligations”.

Given the current optics coming out of Denmark, I hope Frederiksen is genning up on her Hans Christian Anderson, as right now her country’s utopian dream is looking very Emperor’s New Clothes.