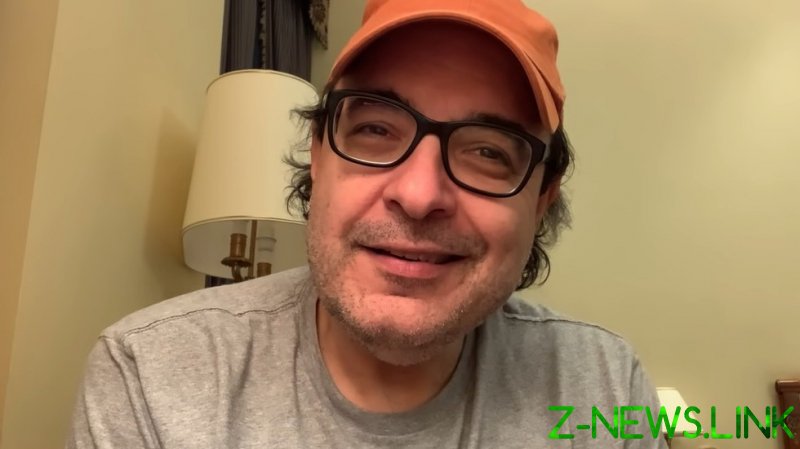 Chilean-American blogger Gonzalo Lira was last heard from in Ukraine almost a week ago. He was reporting from the Ukrainian city of Kharkov and has been a critic of President Volodymyr Zelensky and of Ukraine’s conduct during the conflict.

The Chilean foreign ministry said that it was aware that “those close to the Chilean Gonzalo Lira Lopez, who was in the Ukrainian city of Kharkov,” had lost contact with him since April 15. According to the diplomats, they remained in touch “with the relevant entities, to stay informed regarding any news about the location of [our] compatriot.”

Lira, who is a Chilean-American author and movie maker who used to work in Hollywood, was to appear on former UK MP George Galloway’s radio show Mother of All Talk Shows (MOATS) on Sunday, but ended up missing the program.

“It’s with great regret and even greater sense of concern and anxiety and more, that I have to tell you that there is still no sign of our first guest Gonzalo Lira,” Galloway said on his show.

Other independent journalists, including Dan Cohen and Max Blumenthal, have also sounded the alarm over the blogger’s disappearance and have expressed fears he could have been kidnapped, even tortured. They have added, however, that this wasn’t confirmed or verified.

Lira has been living in Ukraine for the last several years. After the start of the Russian military operation, he moved from capital Kiev to Kharkov in the east of the country to do his reporting from there.

The 54-year-old has been a staunch critic of Zelensky and Ukraine’s conduct during the conflict, speaking about far-right tendencies among the Ukrainian military and debunking what he saw as false reports by Kiev about events on the ground. He was active on YouTube, posting under the nickname ‘Coach Red Pill,’ as well as on Telegram and Twitter. 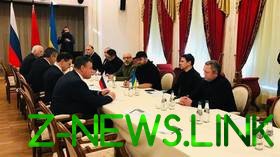 According to Lira, both the Ukrainian authorities and the radicals have been increasingly unhappy with his reporting. He had earlier claimed that the Ukrainian Security Service (SBU) had made at least two attempts to “disappear” him, but he was lucky to escape capture.

The blogger had also blamed news outlet the Daily Beast for attracting Kiev’s attention to his work and revealing his location to the law enforcers. The accusations were made in a video entitled ‘The Daily Beast is trying to get me killed.’

The US outlet dedicated a large article to Lira on March 21, in which he was labeled “a Pro-Putin shill in Ukraine.” In the piece, Daily Beast journalists said they’ve contacted the Ukrainian authorities to clarify if the man was still in Kharkov.

In late March, Lira posted a list of the names of Ukrainian opposition figures who have died or been detained since the outbreak of the conflict, on his Twitter page, insisting that “if you haven’t heard from me in 12 hours or more, put my name on this list.”

According to the unconfirmed accounts on social media, he could’ve been abducted by the members of the Kraken unit, part of the notorious Azov battalion. One of the accounts, purporting to belong to a Ukrainian nationalist, wrote on Twitter that it was ironic that the Chilean national ended up being apprehended by a fighter whose nickname is “Chile.” He also said that he was eagerly awaiting the video of the blogger’s execution to pop up online.

Canadian independent journalist and human rights activist, Eva Karene Bartlett, who exchanged messages with Lira a week ago, confirmed to RT that “he was definitely quite worried about his own safety.”

“Gonzalo was doing a lot of interviews… and he made it clear that he was aware of the danger that being in Kharkov posed to him in that the city is being overrun with Nazis. But he felt it was important to be there to witness how things played out,” she said.

The blogger’s family could also be under threat now “because his name is now well-known,” Bartlett warned.

She also praised the work that Lira did, pointing out that “he being in Kharkov was one of the sole voices in the English language speaking critically about what’s happening under Zelensky.”