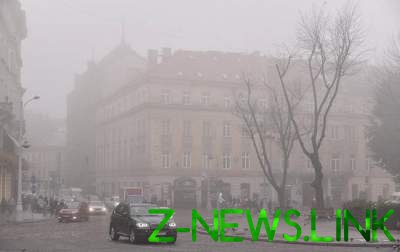 In gschs urged Ukrainians to pay attention to weather alerts

Ukrainian forecasters warn of fog in the Western regions of Ukraine and in Kiev. This is with reference to the data of Reuters.

“According to forecasts Ukrgidromettsentra, the morning of 25 November in Rivne, Volyn, Lviv, Ternopil, Khmelnytsky, Transcarpathian, Ivano-Frankivsk and Chernivtsi regions fog, visibility of 200-500 meters”, – stated in the message. Also, according to forecasts, in the coming hours to end of day on 25 November, at night and in the morning of 26 November fog, visibility of 200-500 m, in Kiev. In this regard, the rescuers are asking citizens to be careful, especially while driving. In addition, SSES urged Ukrainians to pay attention to weather alerts.

“To weather conditions on the territory of our country do not have to Ukrainians unpleasant surprise – the State service of Ukraine for emergency situations advises to always pay attention to weather warning Ukrainian hydrometeorological center. So, in some regions, already the first snow fell, creating a large traffic, and to the West of Ukraine, near the Montenegrin array, this week started the avalanche season”, – reported in Department.

See also:  What you need to know about shopping in the online store