Forbes: the Russians have deployed in Syria fighting dolphins

The Navy of Russia has sent to Syria a group of trained military dolphins, supposedly from Sevastopol. 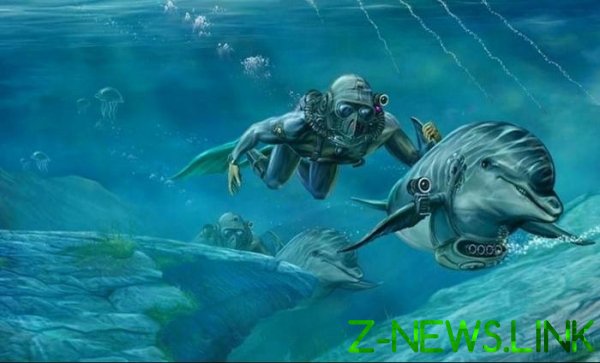 These findings on the pages of Forbes columnist came under the name “H I Sutton”, specializing in aerospace and defense themes.

The argument the author uses the alleged satellite images 2018 the coast of Tartous, where it is seen being berthed floating pens. They are, in the opinion of the columnist for the us magazine and provides the military dolphins.

“Meeting earlier this fence at the Russian military bases in the Black sea and the Arctic, I knew immediately what it was, – said Mr Sutton. – Dolphins are likely to be used to counter enemy divers who might try to organize sabotage against the ships in the port. Mammals may also be used for lifting from the seabed of different objects and to perform reconnaissance tasks.”

The author also noted that the dolphins were brought to Syria, most likely the units based on the Black sea, in Crimea and Sevastopol. Small size floating pens theorist explained that the temporary shelter. In addition, according to the observations of Mr. Sutton, the pens stayed near Tartus only a few months, from September to December 2018.

As another argument in favor of his theory, American journalist brings the story of domesticated whales, which the fishermen stumbled off the coast of Norway in 2019. The animal was equipped with a special harness and camera that in the eyes of the foreign press instantly turned the kit into Russian spy, escaped from a nearby naval base of the Russian Federation.

PS maybe the dolphins were brought in to show the contributions of these wonderful animals for the children of Syria and war from Russia?