Home / WORLD / ‘For The People Act’ confirms it: Our Democracy has officially replaced the American Republic

‘For The People Act’ confirms it: Our Democracy has officially replaced the American Republic 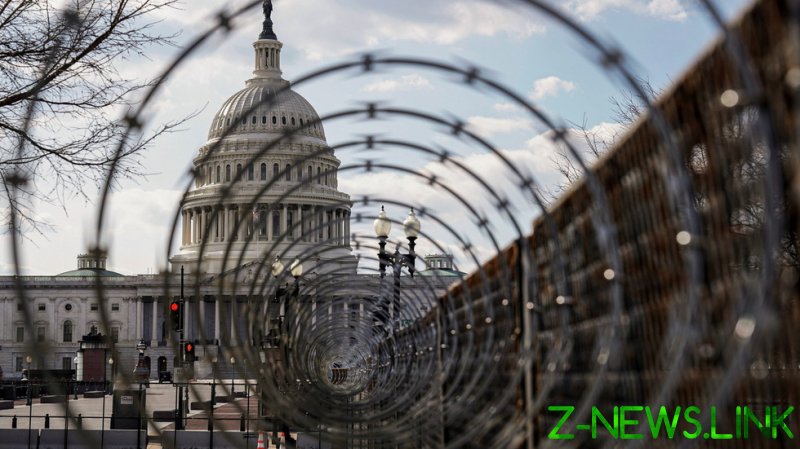 The bill, also named “For The People Act” of 2021, passed in the Democrat-controlled House of Representatives in a 220-210 vote on Wednesday. Only one Democrat was opposed.

The 800-page bill basically codifies all the problematic practices of the 2020 election into law. There’s an expansion of mail-in ballots and extended deadlines to count them, but also automatic voter registration, a waiver for voter IDs, and nationwide ballot-harvesting, California-style. It also shifts the authority to draw congressional districts from states, criminalizes broadly defined “interference” in elections, and so much more.

Whatever one may think of the Heritage Foundation, its analysis of the bill is factually accurate. Don’t take my word for it, though, read it and compare it to the actual text.

Naturally, Democrats have denounced any opposition to it as “racist” and “voter suppression.” CNN quickly located and trotted out their vaunted “fact-checker”Daniel Dale to criticize not Heritage’s analysis, but former VP Mike Pence’s op-ed based on it.

Ironically, most of Dale’s fact-check was either Clintonesque quibbles about the meaning of words – which we’ve already established one side can and does change at will – or acknowledgments that Pence was factually correct. The latter was buried at the end and framed otherwise. The Narrative, you see, must be preserved.

Republicans are either whining about how the law is bad, unfair, un-American, what have you – and putting faith in the Senate filibuster to stop it from becoming law. What makes them think the Democrats won’t use this as an excuse to abolish the filibuster, the same way they cited the pandemic to implement the voting changes in 2020?

When Democrats have power they use it, and controlling both legacy and social media means they can easily shape the Narrative. They can just “cancel” and “deplatform” those who disagree.

Nor should anyone put hope in the courts. HR1 has incorporated the same “trick” as Pennsylvania used, narrowly defining how it can be legally challenged to the point of making it almost impossible. If a challenge somehow reaches the US Supreme Court, odds are the Nine will simply wash their hands and look the other way, as they did with the Texas brief.

Meanwhile, thousands of National Guard troops that have been patrolling the Capitol inside a razor-wire perimeter fence are now staying through June, because the Biden administration keeps claiming there is “chatter” from “extremists” online about some kind of insurrection.

When nothing happens, they claim their measures prevented it, of course. That’s how phantom menaces are supposed to work. Feel free to shrug off the ‘Star Wars’ prequels or the ‘Hunger Games’, but there are clearly people in Washington who take their inspiration from them.

Shortly after the January 6 riot at the Capitol, I suggested that a second US civil war has already been fought and won, basing it not on some hard evidence in my possession but simply on the way the Democrats were behaving. Then came the infamous TIME magazine article about how there really was a “conspiracy” by Democrat operatives and neocons to “fortify” the election by changing rules, recruiting poll workers and getting social media companies to ban anything they labeled “disinformation.”

What else does one need to understand that the old America, the Republic defined in the Constitution of 1789, has ceased to exist? It has been replaced by something everyone calls Our Democracy. You can hear the words capitalized when they say it. And in this new society, inspired by the intersectionality of dystopian fiction, the old rules simply no longer apply.