Home / Society / For repairs of roads of Kiev stuck in traffic

For repairs of roads of Kiev stuck in traffic 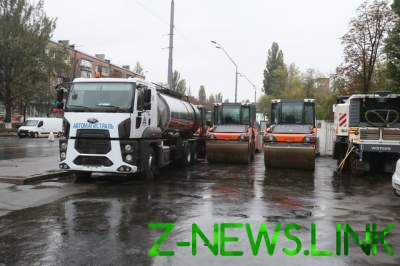 The utility continue the global repair of roads.

CONGESTION. Recently began active renovations in the center of Kiev on the streets of Leo Tolstoy, Vladimir, as well as on the street Teligi (from street to street Dorogozhitskaya) in the direction of the metro station “dorohozhychi.” Because of this, many people of Kiev in a panic — because to get to the city centre or drive in the direction of Troyeshchyna from the Industrial bridge, perhaps only spending a few hours!

On the stretch of road on the street Teligi cover for the passage of alternately two or three strips. The road cut off the old asphalt and prepare the base for laying the new. There’s a lot of road equipment, but because of the rain, work is halted, and because of the narrowed carriageway and cause congestion. Some drivers can not stand the nerves, and they go to the area where renovations were being carried out.

“Live on Solomenka and to get on public transport at 9:00 in the area of Petrovka, I have to leave the house at 7 am! Although I get to work in half an hour. It’s a real torture! And there is no alternative — traffic jams everywhere,” says Anna Vitkovskaya.

By the way, for repairs on Dorogozhychi “Kyivpastrans” has changed several routes of trolleybuses. No. 27 will operate from the station “Kiev-Volynsk” to Degtjarevskaja overpass. And trolley bus No. 30 from the bus station “Miloslavskaya str” to metro station “dorogozhychi” according to the current traffic pattern, and then in a detour on street Dorogozhitskaya — Vavilov Academician Shchusev — Melnikov — dorogozhytska — Teligi, then — again according to the current traffic pattern.

Actively continues today and the overhaul of the interchange at the intersection of Prospekt Lesya Kurbasa — Gnata of George St — St pokotylo. At the intersection of Victory Avenue and St. Shcherbakovskaya the reconstruction of viaducts on the Avenue of Science and the Odessa area. The majority of sites promise to repair by the end of the year is to let weather. But some facilities plan to be completed only in 2018. Out of the planned 104 facilities this year failed to fix, only 85. In the mayoralty add that this year for the construction, reconstruction, overhaul and current repair of roads it has been allocated about 2 billion UAH.

TIRED BRIDGE. In may officials from the mayor’s office promised by the autumn to begin reconstruction emergency Shulyavska overpass, part of which collapsed in late February of this year. While construction of the reinforced metal frame, banning Parking under the bridge cars. Experts explain that in case of reconstruction of the overpass traffic jams in the area Shulyavka will increase significantly, because it will have to limit the traffic on the overpass. But, alas, when it begins to implement promised in the KSCA, yet can’t say for sure because the final project is still not approved. “While the project of reconstruction Shulyavska overpass under negotiation”, — explained to us in city hall. 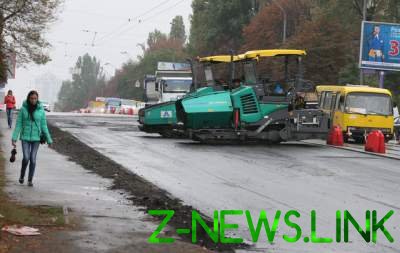 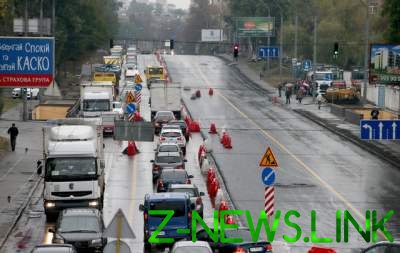 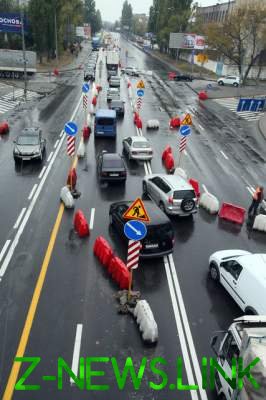