‘For every European country demographically disappearing, in the same period, one African country appears’ – Macron 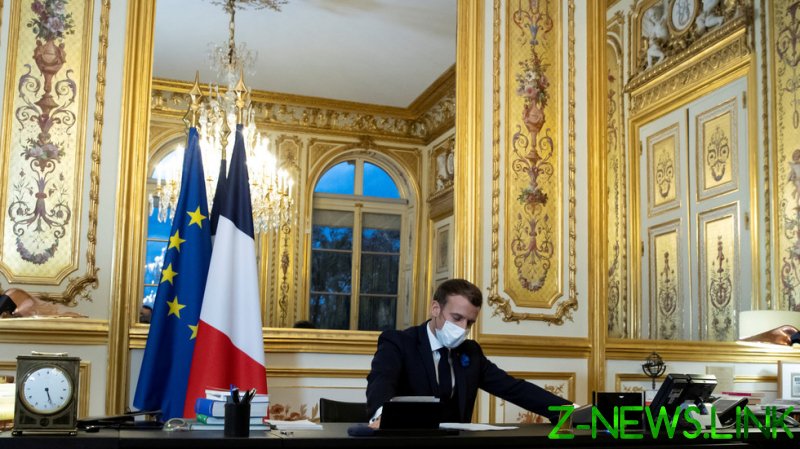 In a wide-ranging interview with the Groupe d’Études Géopolitiques, the French leader said the “Washington Consensus,” which he defined as a “monolithic rationale based on the accumulation of profits” was outdated and that nations must embrace new economic, political, and social models in order to overcome current crises, including the coronavirus pandemic and terrorism.

He also warned that “Malthusian theories” about overpopulation would become more prevalent unless there is a “re-conception of the world” that addresses “the scarcity of resources” as well as demographic changes.

If you take the Europe-Africa region, for every European country  demographically disappearing, in the same period, one African country appears. We are witnessing a kind of acceleration in the twists of history

Warning that the world is at a “breakpoint,” he said that “contemporary capitalism” must undergo a transformation.

It is capitalism that has become financialized, that has become over-concentrated and that is no longer capable of handling the inequalities in our societies and internationally. We can only respond to it by re-forging it.

He proposed replacing the “Washington Consensus” with a “Paris Consensus” that would recognize that “something other than profit needs to be involved” in economic and social decisions. He insisted that such a new system would be better suited to tackle the threat posed by climate change, as well as inequality.

The French president expressed hope that his vision would be embraced by the rest of the world, arguing that “the struggle against this mechanism of capitalism is ineffective in a single country.”

Although he stressed that he still believed in the idea of “Westphalian sovereignty,” Macron urged for greater European unity, stating that the continent must closely cooperate in order to “prevent the Chinese-American duopoly.”