‘Fire Fauci!’ Trump ignites outrage by suggesting he will fire top US virologist after chants from Florida crowd (VIDEO) 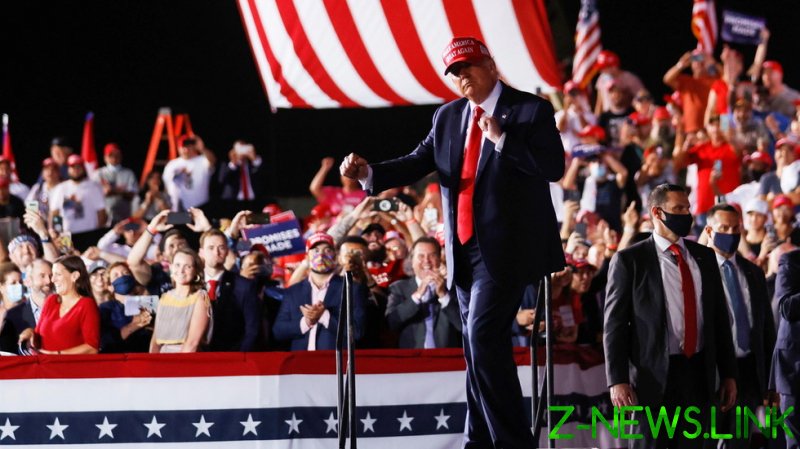 During Trump’s Sunday night Florida rally, the crowd could be heard erupting into a chant of “Fire Fauci!” as the president lamented media coverage of Covid-19. As the Floridians kept repeating the call, Trump appeared to give in.

“Don’t tell anybody but let me wait until a little bit after the election,” Trump responded, prompting cheers from the audience. “I appreciate the advice,” the president added.

Trump’s public pondering about sacking Fauci, who heads the National Institute of Allergy and Infectious Diseases (NAID), quickly led to a truly massive backlash, with Fauci’s name being one of the top US Twitter trends within hours of the Florida rally.

His critics slammed the comments as “insane” and “scary,” saying they highlighted how high the “stakes” were in the upcoming presidential election on Tuesday. “Let’s keep Fauci and Fire Trump,” tweeted former CIA agent-turned media commentator Emily Brandwin.

Journalist Tim Miller, on the other hand, speculated that the “fire Fauci” moment might end up hurting Trump electorally, willing to bet that the NAID director was more popular than the US president.

Trump supporters on Twitter, however, cheered along with the Florida crowd, saying that the president firing Fauci might just be an extra incentive to cast a vote for him on November 3.

US mainstream media has frequently described Trump and Fauci as rivals with regard to their approach to fighting the coronavirus pandemic. While both Trump and the doctor himself have denied such claims, the rumors have led to Fauci becoming somewhat of a media celebrity and darling of the anti-Trump resistence.

The president’s comments on Fauci have indeed become more critical as election day approaches, however. During that same rally, Trump said that the doctor was “a nice guy but he’s been wrong a lot.”