Filaret dissatisfied with the terms of the Tomos for Ukraine 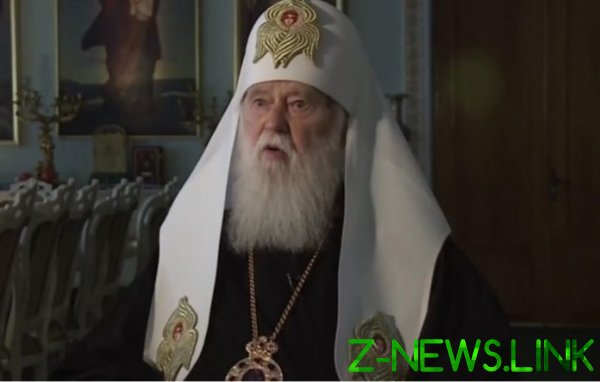 The Tomos of autocephaly has three conditions, which put the Ukrainian Church in dependence on Constantinople, the Patriarch said.

Honorary Patriarch Filaret (Denysenko) said that the conditions for obtaining Thomas put the UOC-KP and the Orthodox Church of Ukraine in dependence on the Patriarchate of Constantinople. As transfers the Internet edition of the Chronicle.info, he told about it on may 23 interview date.

He stressed that in the Tomos of autocephaly, there are three conditions that the Kyiv Patriarchate will not perform, but from the Tomos he refuses.

The Tomos explicitly that all the parishioners of the UOC-KP and the newly formed DNC are part of the Patriarchate of Constantinople. It also means the prohibition of priests to boil the chrism, without which it is not possible to hold a confirmation.

Henceforth, UOC-KP and the DNC have to order the ointment of Istanbul. “If we Miro needs to obtain from Constantinople, of Istanbul, it means that we are dependent,” says Filaret.

He also added that in any conflict situation, the UOC-KP and the DNC now have to apply for dispute resolution to the Patriarch Bartholomew and said that no one Church the Tomos of autocephaly from the Patriarchate of Constantinople issued with such requirements.

“We do not reject Thomas, but let us not fulfill these three conditions, which are recorded in the Tomos. Won’t keep,” he said in an interview.