Home / WORLD / Fight against racism is noble cause, but in ‘cancel culture’ it turns into reverse discrimination, pushing people apart – Putin 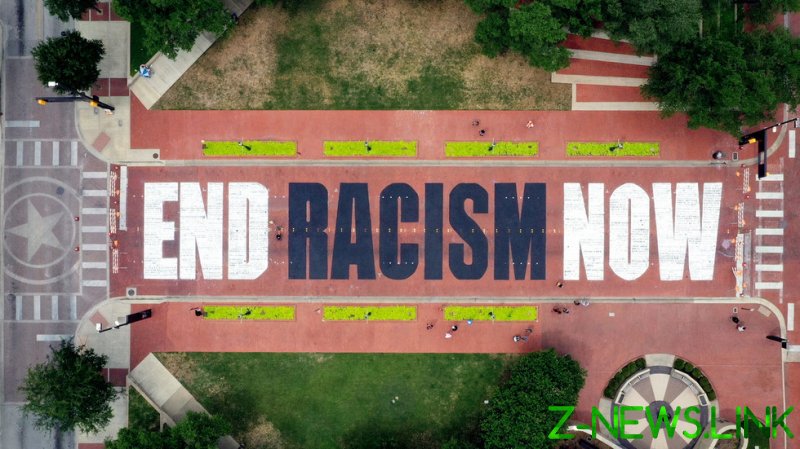 Speaking to gathered experts and journalists in Sochi on Thursday, the president expressed his opinion that the fight against racism and discrimination has turned on its head.

“The fight against racism is a necessary and noble cause, but in the modern ‘cancel culture’ it turns into reverse discrimination, reverse racism” Putin said.

“We see with bemusement the process unfolding in countries that have grown accustomed to viewing themselves as flagships of progress,” he continued. “The proponents of so-called social progress believe they are bringing a new consciousness to humanity…but the recipes they come up with are nothing new.”

According to the president, the modern movement toward affirmative action and social justice is reminiscent of what happened after the 1917 revolution, when the Bolsheviks announced they would not only “change the habitual way of life” of the Russian people, but also change “the very idea of what human morality was” and “the foundations of a healthy society.”

“Incidentally, the Bolsheviks were entirely intolerant of other opinions different from their own. And this should remind you of something that is happening in Western countries,” he continued. “It is with puzzlement that in the West today we see practices that Russia has left in the distant past.”

According to Putin, the fight for equality and against discrimination has turned into an “aggressive dogmatism” on the “brink of absurdity.”

In particular, the president slammed Hollywood for what he deems to be quotas on how many people of color or women should be in each movie, which he called “stricter” than the efforts of the Soviet Union’s Department of Propaganda.

“It pushes people apart, whereas the true fighters for civic rights tried to eliminate these differences,” he explained. The president referred to a quote from Martin Luther King’s iconic 1963 speech: “I have a dream that my four little children will one day live in a nation where they will not be judged by the color of their skin but by their character.”

According to the president, in Russia, most people do not care about skin color or gender because “each and every one of us is a human.”