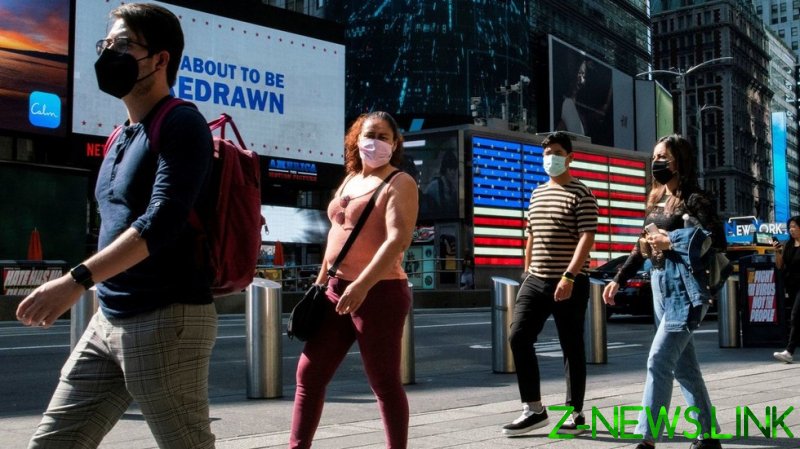 Data on local population changes from the 2020 census was released on Thursday to states, for the purpose of redrawing congressional districts. It was met with something close to glee by establishment demographers and corporate media.

“The country is changing dramatically,” William Frey, a demographer at the Brookings Institution, told the Washington Post earlier this week, in anticipation of the official numbers. Estimates showed the white population decline happening eight years earlier than demographers anticipated, due to “the opioid epidemic and lower-than-anticipated birth rates among millennials after the Great Recession,” he added.

Population that identifies as black or African American went up from 38.9 million in 2010 to 46.9 million now, but its share of the total went down from 13% to 12.1%. It was actually outnumbered by the Some Other Race category, alone or in combination, which stood at 49.9 million and increased by 129%.

Multiracial population has increased by 276%, going from 9 million to 33.8 million. There were also 24 million Asians, 9.7 million American Indian and Alaska Natives, and 1.6 million Native Hawaiian and Other Pacific Islanders, whether alone or in combination with another group.

Other data showed cities growing by 9%, with 86% of the US population now living in metro areas. Another notable change was the decline in the number of children, with Americans under 18 amounting to 73.1 million in 2020, down 1.4% from a decade prior.

The data “provides a new snapshot of the racial and ethnic composition and diversity of the country,” said Nicholas Jones, director and senior advisor for race and ethnicity research and outreach at the Census Bureau. He added that the “improvements” made to the 2020 census included two separate questions on Hispanic origins and race, “revealing that the US population is much more multiracial and more diverse than what we measured in the past.”

Back in April, when the congressional apportionment data was released, the Census Bureau noted that it had used “deep human expertise” to process the “unprecedented” number of responses without a 12-digit ‘Census ID’ code allocated to each known home address.

Thursday’s data on the neighborhood level included “controlled errors” inserted by the Census Bureau “in order to protect people’s identities in an era of Big Data,” according to AP.

Because the census took a snapshot of America on April 1, 2020, its results will not reflect the 619,000-plus deaths attributed to Covid-19 since then.