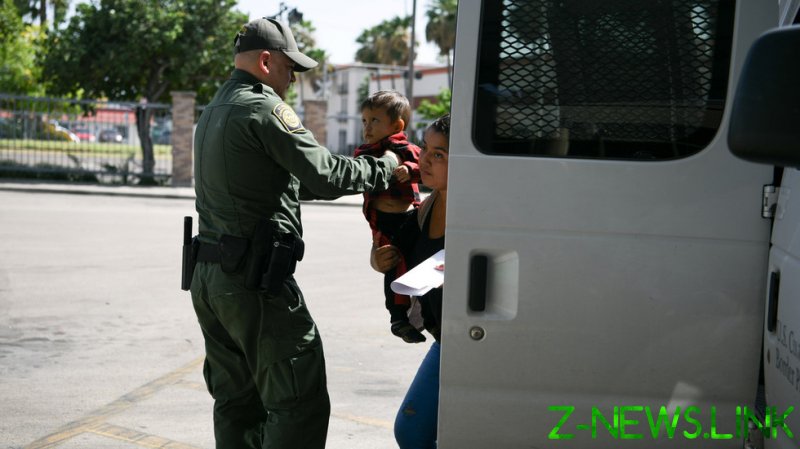 In a Friday ruling, US District Court Judge Andrew Hanen said DACA had no legal basis and violated the Administrative Procedure Act, a federal statute governing how agencies issue policies and regulations. He therefore ordered the Department of Homeland Security (DHS), which oversees the program, to stop approving new applications.

Introduced by the Barack Obama administration in 2012, DACA deferred deportation for certain undocumented immigrants who arrived to the US as children, allowing them to remain in the country and obtain work permits. While Hanen ruled that the DHS must stop green lighting new applications under the policy, he did not order the government to strip DACA protections from more than 600,000 immigrants already approved.

“These rulings do not resolve the issue of hundreds of thousands of DACA recipients and others who have relied upon this program for almost a decade. That reliance has not diminished and may, in fact, have increased over time,” the judge said, adding that the issue must be addressed in a separate ruling.

Though the DHS attempted to rescind DACA in 2017 under President Donald Trump, the case went to the Supreme Court and justices ultimately ruled against the agency last year. Somewhat ironically, the court cited the Administrative Procedure Act to keep DACA alive, the same statute invoked by Hanen on Friday in ruling the program illegal.

The Supreme Court acknowledged that DHS had the authority to end DACA, but said the case was “primarily about the procedure the agency followed in doing so.” However, Trump was out of the White House by the time the ruling came down, replaced by President Joe Biden, a vocal proponent of the program.

Soon after entering office, Biden signed a memo pledging to protect DACA, ordering the DHS to take “all appropriate actions under the law” to keep the policy alive while urging Congress to legislate a path to citizenship for immigrants accepted under DACA. Though no such bill has been passed, several attempts have been made, with Democrats reportedly looking to address the issue in a new infrastructure plan. Given his prior vows, should the provision find its way to Biden’s desk, he is likely to sign it into law.