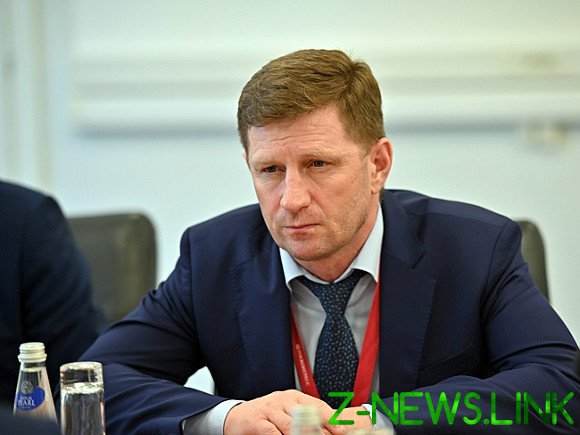 I’ve finally watched a few performances Furgala. And it all became clear. You will see the link. There are in fact in the Governor’s chair sits a normal person, which in itself is quite unusual. And when he suddenly finds out that in the Khabarovsk schools there are two menus — one, better for children, whose parents are richer, more worse for those whose parents are poor and they are paid by the state. And then he shudders: “what are We, children of different feed?!” The lady with the sapphires on the ears continues to mumble something about the features of regional budget policy, but Furgal can’t rest: how can it be that in one school some children eat well, but others can’t?

And this is the reaction of a normal person. Not a typical officer Putin with glass eyes and a human being. After all, a typical Putin’s official, derived as a result of long negative selection, argues in two dimensions: what’s in it for me and thought about it the administration and personally Vladimir Putin. Greed and loyalty under the smokescreen of the Treasury of patriotism — the alpha and omega of the current kleptocracy.

But there is a third dimension, which actually should be the first for any officer: and what will the people I lead? And it seems that the dimension in which there was a Governor Furgal. It’s called “humanity” — a deadly, unforgivable bug in Putin’s system, where even the Church is about power, war and money, not about love and forgiveness. Don’t know what you’ve done Furgal zero — we are all waiting for convincing evidence (and for the Khabarovsk Krai!) But judge him after 15 years, not for murder, but exactly for the opposite — for a respectful attitude towards people.

Separately noteworthy that, as a people hungry for the living people in power. The purpose Degtyareva, of course, is a slap in the face to Khabarovsk. He’s a typical Brodaty nicknamed “organ” of the “history of Glupov town” — with the mechanism instead of the soul. The only one screaming “won’t let” and “ruin”, and this is kind of a Blizzard, as far from the real needs of the people he does not know and does not want to know. It was appointed as Bromistogo — as a result of some confusion. I don’t think specifically for trolling, some write. It’s not Kholmanskikh to piss off a bunch of Metropolitan liberals here need to calm the whole region, not trolling actually. Just the other they have — all the power is. In this sense, almost a monolith. And now they frantically rewrote the electoral law to allow all these multi-day elections in the stumps, especially to their tight soulless rows of cogs in the system was not able to enter no one, except the same cogs.