Home / Incident / Fatal accident in Kiev: the driver from a scene disappeared

Fatal accident in Kiev: the driver from a scene disappeared 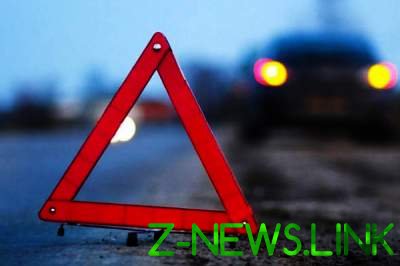 In the capital on the Avenue Dynamo a few knocked down two pedestrians, one driver from a scene disappeared.

Around 23:30 in Kiev on the Avenue of Valery Lobanovsky, two pedestrians, a man and women decided to cross the road. Directly above an underground passage. They were down two VW Touareg, reports “the Kiev operational”

From blow the man has rejected on a counter strip where during this time was moving the SUV Mitsubishi, which also has made arrival on the pedestrian. From the received traumas the man died on the spot, the woman is in a serious condition hospitalized.

Immediately after the accident, the driver of the Volkswagen fled the scene of the tragedy.