Home / WORLD / ‘Far away from reality’: Khabib reacts after Conor McGregor gets KNOCKED OUT at UFC 257 on Fight Island

‘Far away from reality’: Khabib reacts after Conor McGregor gets KNOCKED OUT at UFC 257 on Fight Island 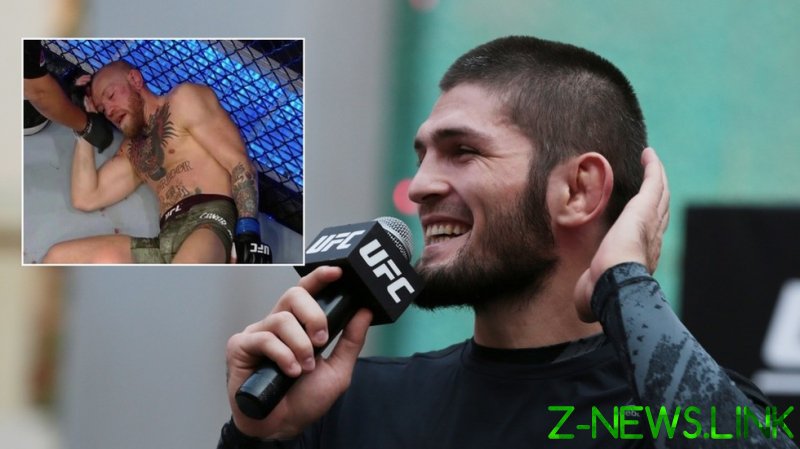 Returning to the UFC octagon for the first time in a year, former two-weight champion McGregor was bidding to reassert him into title contention at 155lbs against Poirier – a man he defeated inside the first round when the pair met back in 2014.

UFC 257: Dustin Poirier KNOCKS OUT Conor McGregor in second round on Fight Island

This time it was a stunning reversal however as Poirier finished the Irishman with a dazzling second-round assault, rocking him with a left hand before following up with a barrage of blows as McGregor fell to the canvas and curled up against the cage.

It was the first ever non-submission defeat in McGregor’s career, and meant the Dubliner has lost two of his last three outings in the UFC octagon.

It also means McGregor can likely kiss goodbye to any hopes of running it back with Russian nemesis Khabib, who famously submitted the Irishman in their bitter grudge match in 2018.

In the build-up to UFC 257 it had been suggested by UFC boss Dana White that reigning lightweight champion Khabib could step out of retirement for one final time should he see something from the contenders on Fight Island – although that certainly did not come from McGregor. 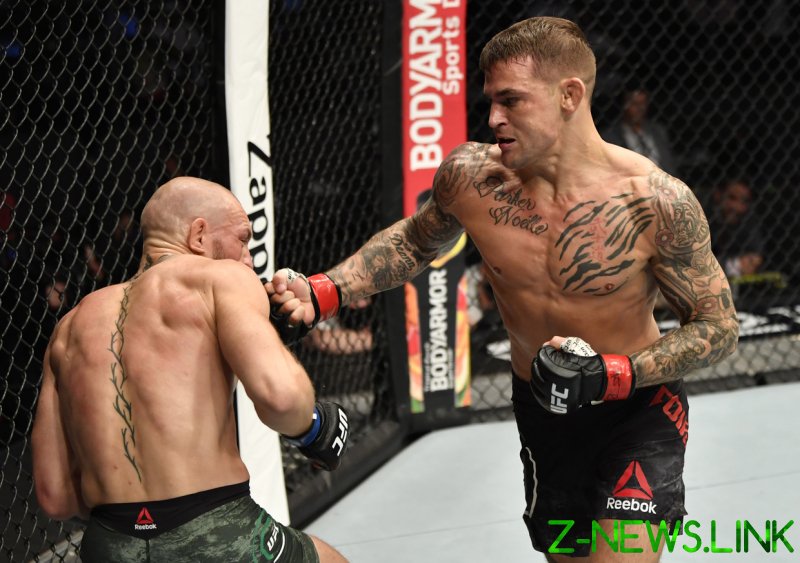 McGregor was knocked out for the first time in his career. © USA Today Sports

Taking to social media, Khabib suggested that McGregor was “far from reality” in a tweet that did not mention his rival by name by was clear with its intimations.

“This is what happened, when you change your team, leave the sparring partners who made you a champion and sparring with little kids, far away from reality,” Khabib wrote.

‘The Eagle’ wasn’t the only one to pile in on McGregor after his defeat, with rising UFC welterweight contender Khamzat Chimaev sharing an image of the stricken star on the canvas along with a series of laughing emojis, also tagging McGregor’s teammate Dillon Danis.

Boxer Paul Malignaggi – a former sparing partner who fell out with McGregor before the Irishman’s boxing bout with Floyd Mayweather – also stuck the boot in.

In keeping with the respectful build-up to the fight, McGregor himself took his defeat mostly with good grace, praising Poirier but also suggesting inactivity had been a factor in his demise.

McGregor also suggested he will dust himself off and fight again in 2021, but whatever comes next for the 32-year-old Irishman, it certainly won’t be a re-run with Khabib.