Family of bloodsuckers in the horror film “Living among us”

Now personally I have yet another announcement of horror in the genre of “found film” is only a smile – this genre is already so exhausted and tired that he can squeeze the last juice is that master (as Shyamalan’s “the Visit”) or a very talented beginner (Colin Minihan and his creepy “grave encounters” as an example). But with horror “Living among us” (“Living Among Us”) the situation is somewhat different – the film itself is quite literally late for several years because the first (and last) mention of it in memory already dates from 2013. Where, then, the faund-footage been all these years? That’s really really “found on the shelves of the studios film”.

Now release date platforms “on demand” is scheduled for early 2018. In the film, as planned, will Shine William Sadler (“the Shawshank redemption”), John heard (“Awakening”), James Russo (“Donnie Brasco”) and Esme Bianco (“Game of thrones”) is a composition not very popular, but not nameless. Directing, script, production and even the camera meets Brian Metcalfe, of the work which stands out a bit is that the horror of the “Dying screams” brad Dorifor. From information to date, there is “the magnificent three” – the poster, trailer and synopsis.

A group of documentary filmmakers gets the opportunity to live among the vampires and get to know about their life and coexistence with humans. Soon, however, the filmmakers understand that the acquaintance will be much more close than they bargained for. 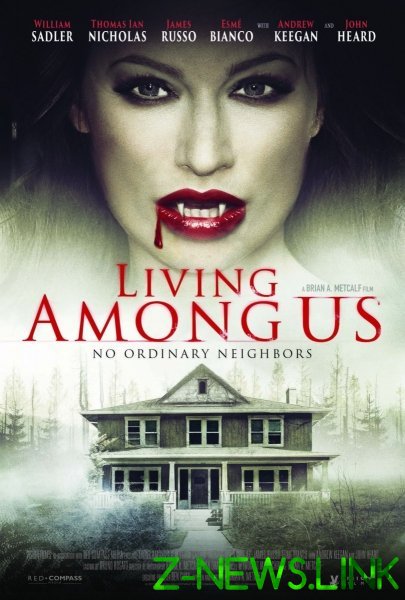