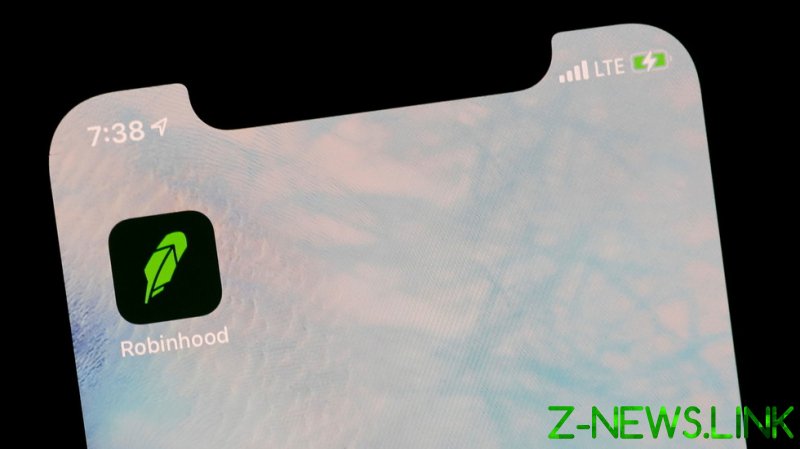 Filed in California’s Santa Clara County Superior Court on Monday, the 30-page complaint from the family of Alex Kearns accuses the online trading app of luring a young, inexperienced investor into transactions he “did not understand” and misleading him to believe he had incurred hundreds of thousands of dollars in obligations through the platform.

“‘How was a 20-year-old with no income able to get assigned almost $1 million worth of leverage?’ These were the last known written words of 20-year-old Alex Kearns before he rode his bicycle to a railroad crossing and ran in front of an oncoming train,” the Kearns family wrote in the court filing, adding “The only ones with the answer to Alex’s question are defendants Robinhood Markets Inc., Robinhood Financial LLC and Robinhood Securities LLC.”

The family said the company used “aggressive” tactics to encourage Kearns, a college student with no income to speak of, to “take big risks with the lure of tantalizing profits,” also arguing that Robinhood designed its platform to “look much like a video game to attract young users and minimize the appearance of real-world risk.”

Kearns – who was only a senior in high school when he first opened his Robinhood account – became convinced he owed some $730,000 in securities after engaging in complex trades last year, a sum he “had no possible means of paying,” the lawsuit states. When his account notified him of the large negative balance, Kearns attempted to reach out to Robinhood’s customer service team, but to no avail. He was met with an auto-generated reply and received no answers to repeat inquiries as he became “extremely concerned and upset.”

“The information available to Alex at that point indicated that he somehow lost $730,000 on a trade which he had understood to be limited to a maximum loss of less than $10,000,” the complaint continued.

Tragically, it turned out Kearns didn’t owe the vast sum, or indeed any money at all, and had simply misunderstood what his account balance reflected.

Robinhood’s communications were completely misleading, because, in reality, Alex did not owe any money; he held options in his account that more than covered his obligation, and the massive negative balance would have been erased by the exercise and settlement of the puts he held.

Despite his “desperate pleas for help,” the suit says, Robinhood failed to explain the situation to Kearns, which put him in a “highly distressed mental condition” and led to an “uncontrollable impulse to commit suicide,” as he also believed “his family would somehow get stuck with the obligations unless he did something drastic to protect them.” Nonetheless, the trading app was “impossible to reach at the most critical moment,” and Kearns took his own life on June 12, 2020.

Following his death, Robinhood vowed to review its eligibility guidelines for who can partake in certain types of trades, expand its “educational resources” for inexperienced investors and to alter its user interface to “help users understand” how complex transactions work, adding that it was “personally devastated by this tragedy.”

The company has come under fire from lawmakers over the incident, with Democratic Rep. Lauren Underwood – who represents the district in Illinois where Kearns’ parents live – voicing “serious concerns” about the “lack of safeguards” on the platform in a letter signed by Senators Dick Durban and Tammy Duckworth, both fellow Illinois Democrats.

“Robinhood has designed a platform that feels very much like a video game…It’s not a game. It’s real life,” Underwood told CNN last July, adding “I see that as a recipe for disaster.”

Robinhood was thrust into the headlines more recently in relation to what’s been dubbed the “Reddit Rebellion,” which saw swarms of amateur traders send the price of several stocks into the stratosphere after users of Reddit’s WallStreetBets forum noticed major hedge funds were heavily short selling those companies, effectively betting on their failure. The buying frenzy, centered on games retailer GameStop, put a massive ‘short squeeze’ on the Wall Street funds, some of which incurred billions in losses as small-time internet traders raked in huge profits. The GameStop craze has already inspired at least seven different film projects in Hollywood, including dramatizations, documentaries and even a mini-series.