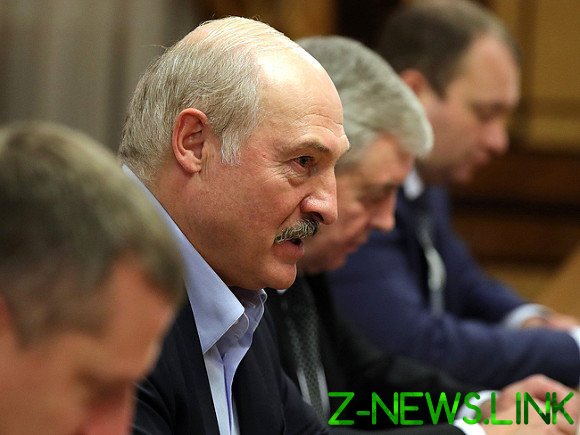 Wow — you know what the people in the photos? These are residents of Gomel, standing in line to sign for the wife of the blogger nominated Belarus instead of the husband sitting in jail and therefore not admitted to the elections. This blogger no one at all, just the popularity of Lukashenko, has 25 years of retaining power without elections, has fallen so low that citizens use every opportunity to protest. People stand on a weekday, despite the fact that elections for a long time no no!

What brought Lukashenko to this point? Of course, a failed economic policy that led in the last decade to the lag from all the neighbors, including Russia, and not particularly successful Latvia (see chart), has contributed to this unpopularity. If Russia is not fed Minsk, subsidizing, then explicitly, then implicitly, the price of oil, it would be quite bad. From time to time Lukashenka was helped by the fact that the most talented citizens — if they were closely in Minsk had the opportunity to move to Moscow or away. To maintain popularity among the rest was easier.

Idiocy 2020 — Lukashenko has taken no measures to combat the pandemic and held a parade on may 9, apparently, killed the remnants of popularity. Belarusians had to take action themselves, without a government — the fans not to go to the stadiums, to the citizens walking around in masks, doctors themselves to ask the world for help. What a sad result, will then be seen in the data on excess mortality. And in the political sphere, we see a clear example of “power on force” nobody cares for anyone but police and security forces, do not support the leader clings to power. History teaches us that to hold on to power thus can be long. But not indefinitely, no.

What will happen now? Hard to say — the power in authoritarian regimes switches according to different scenarios. Machiavelli pointed this out, and since then, the examples become only more diverse. All, for example, waiting for “violent scenarios” in Turkmenistan in case of the death of Niyazov (remember, the Golden statue?), but Berdymukhamedov (Minister of health!) put nizovskih security forces to jail for a week and consolidate the power of the month. In Uzbekistan, Karimov was replaced by some imputed, compared to him, the oligarchy, but not “direct descendants”. And that’s if scenarios “Russian intervention” is not to discuss.

Niyazov and Karimov — it was quite comparable figures. Only here, in contrast to Turkmenistan and Uzbekistan, Belarus is much more advanced and civil society and communication technologies. So we have this drama of transition will see live. There are other indicators of the differences — it seems that Belarusians have accumulated a serious aversion to “warlordism” in General. Give it to God.