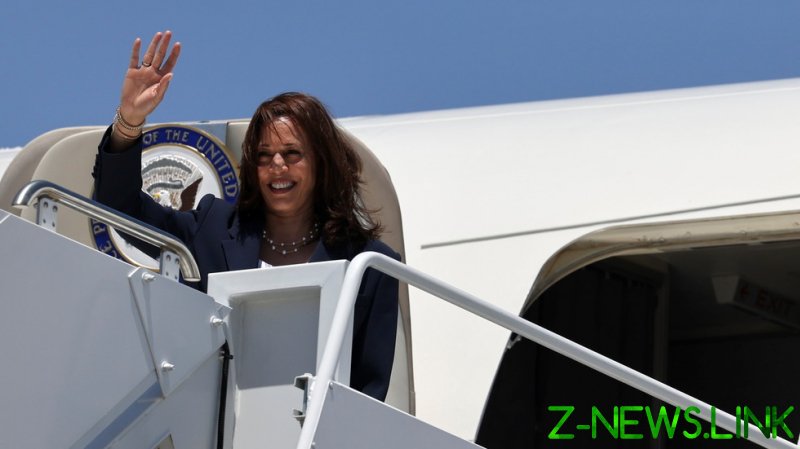 Yesterday, Kamala Harris, the American vice president, visited the southern border for the first time. She was tasked with tackling the growing influx of migrants crossing the US-Mexico border back in March and has been regularly attacked for not visiting the border before now.

Her appointment to this role was odd on a number of levels. Harris has never taken a position of such importance, and her past statements regarding immigration make her wholly unsuitable. When elected as a senator in 2016, she called President Donald Trump’s proposals to drastically cut the number of migrants entering the country “draconian.” In 2018, she outraged Republicans by likening US Immigration and Customs Enforcement (ICE) to the Ku Klux Klan. Moreover, during the Democrat primaries in 2019, Harris unveiled a plan to make it easier for illegal immigrants to become US citizens.

Politicians like Harris are the reason why so many are attempting to cross the border illegally, as they now feel emboldened. Indeed, having Harris as the ‘border czar’ is akin to making Kim Jong-un the minister for democracy. It is no coincidence that numbers crossing the border have rocketed since Biden came to power. To put this in perspective, 180,000 people arrived in May alone. And who can blame them? When the administration takes a touchy-feely approach to the issue, do not then be surprised when even more people attempt to take advantage of the situation.

There also is nothing worse than seeing a politician advocate something they do not believe in, and Harris clearly does not believe in firm border controls. That is why she was reluctant to visit the border in the first place. Indeed, 90 days elapsed between her appointment and her visit.

Unsurprisingly, there has been uproar from the locals, who are fed up with the situation. Texas Governor Greg Abbott, whose state is at the forefront of the crisis, has announced that Texas will fund and build its own wall if the Biden administration does not act. He also encouraged Harris to meet with locals who are coming face to face with the crisis every day.

Although the White House claimed that Harris’ border visit was planned and part of her wider mandate, few people believed it. The reality is that her hand was forced because former President Donald Trump is planning to visit the southern border next week. If Trump had arrived before Harris, it would have been a public relations disaster for the Biden administration. They therefore had to get Harris down there pronto, hence the rushed visit on Friday. Trump, as ever, was happy to take the plaudits, saying that “if Governor Abbott and I weren’t going there next week, she would have never gone!”

During the visit Harris proved herself both inept and blissfully unaware of the local backlash. She stated, for example, that “in five months, we’ve made progress, but there’s still more work to be done.” If she believes this, she is living in a parallel universe, as the numbers coming in show. As a result of the border fiasco, the shine has been taken off Harris as vice president. Even some of her loudest cheerleaders have criticised her refusal to visit the border until now.

In a strange way I feel a bit sorry for Harris, because either way she cannot win. She is sipping from the political equivalent of a poison chalice. If she succeeds in cutting numbers crossing the border – and this can only be done through Trump-style firm border policies – then she loses, because it will go down badly with many of her own voters and her party members. She has already been criticised for statements made on her visit to Guatemala earlier in the month, where she encouraged would-be migrants not to attempt to enter the United States. For example, Alexandria Ocasio Cortez, a Democrat congresswoman for New York, said that Harris’ statements were “wrong and inhumane.”

Conversely, if Harris does not manage to stem the numbers crossing the border, then she will be judged to have failed. Polls show that immigration is becoming a major issue in American politics. A recent poll revealed that nearly eight out of 10 Americans consider the situation on the southern border to be a problem, with 55% believing it is a “major problem.” By agreeing to take ownership of the issue, her career will be defined by its success or failure. She has a great responsibility on her shoulders, and it is made doubly difficult because she is so inexperienced and does not believe in firm border controls anyway. The bottom line is that either way she cannot win, and made a mistake in taking the job of ‘border czar’ in the first place.

There has always been a nagging question at the back of my mind about the decision to make Harris the ‘border czar’. If the Democrats really want her to succeed Biden as president, then why give her a job for which she is wholly unsuited and where she cannot win? Call me an old cynic, but maybe, just maybe, she is being set up to fail by her own ambitious colleagues.