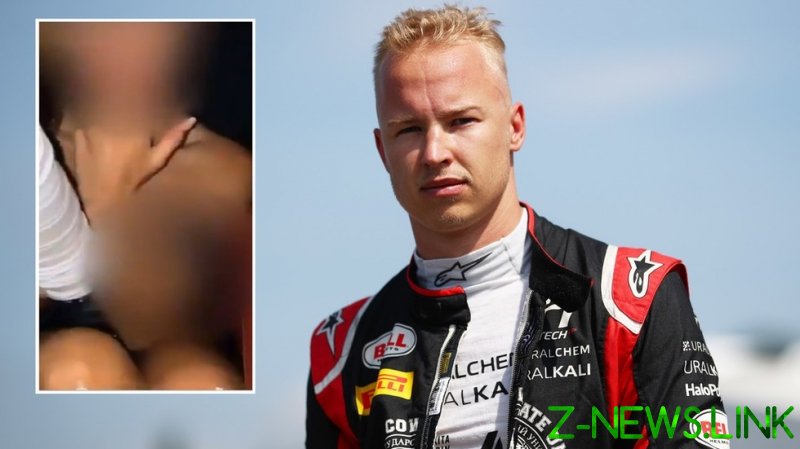 The video shows Mazepin, who will race alongside Mick Schumacher for the American racing team next season, sitting in the front passenger seat of a car with a young woman behind him. As one of the straps of her dress becomes loose, the Russian appears to reach out and grope the women’s chest.

Mazepin’s handsy move seemed to be immediately rejected by the unnamed woman as she grabs him by the wrist and flashes a middle finger in his direction. The video has since been removed from Mazepin’s Instagram page.

However, social media being what it is, it wasn’t long before the 23-second video clip went viral, infuriating the Haas team he is set to represent next season.

“Haas F1 Team does not condone the behaviour of Nikita Mazepin in the video recently posted on his social media,” they announced in a strongly-worded statement.

“Additionally, the very fact that the video was posted on social media is also abhorrent to Haas F1 Team. The matter is being dealt with internally and no further comment shall be made at this time.”

Echoing his team, Mazepin released his own statement to social media in which he acknowledged that his behaviour was inappropriate.

“I would like to apologise for my recent actions both in terms of my own inappropriate behaviour and the fact that it was posted onto social media,” he wrote.

“I am sorry for the offense I have rightly caused and the embarrassment I have brought to Haas F1 Team. I have to hold myself to a higher standard as a Formula 1 driver and I acknowledge I have let myself and many people down. I promise I will learn from this.”

Mazepin has been at the center of controversy before in his racing career after he was banned from a Formula 3 European Championship race in 2016 due to what was described at the time as a “physical altercation in the paddock” which left English driver Callum Ilott with cuts to his face and neck, as well as swelling to his jaw.

The talented driver was only confirmed as joining the F1 team last week – a decision which comes after his father, billionaire businessman Dmitry Mazepin, was noted as a major investor in the team.

Furthermore, damage control appears to be in full swing after the woman in the video – who remains nameless – issued a statement of her own in which she downplayed the incident and said that the furore centered around the clip is misplaced.

“Hi guys, I just want to let you know Nikita and I have been good friends for a long time and nothing from that video was serious at all!” she is reported to have said.

“We trust each other so much and this was a silly way of joking between us. I posted this video on his story as an internal joke. I am truly sorry.

“I can give you my word he’s a really good person and he would never do anything to hurt or humiliate me.”