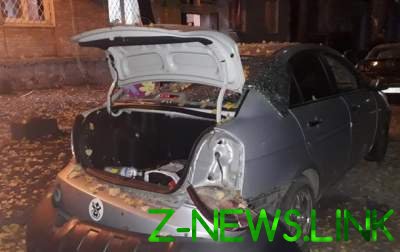 The guard of the people’s Deputy, who was in critical condition after the explosion, died.

The leader of Radical party Oleg Lyashko reported in Facebook that as a result of the assassination of the MP Igor Mosiychuk was seriously injured, but his life is not in danger.

“Ihor Mosiychuk was admitted in the hospital, heavy injuries, but he’ll live. The fate of the guard who saved him, is not yet known. God forbid that this brave man was alive. Wounded also a political analyst who was with Igor on the air,” − wrote Lyashko.

See also:  In Russia the guard would not let the ambulance in the yard of a house

He also stressed that the assassination of the Chairman related to his professional activities and political position.

“I have no doubt. This is obviously the work of the enemy intelligence because worked professionally,” said the leader of the Radical party and called on the security services to conduct a thorough investigation.

Later it became known that the assistant, the bodyguard of the MP, who was in critical condition after the explosion, died.

“Received a message from the doctors that on the way to the hospital died one of the victims”, reported in the Facebook head of the Department of communication of the police of Kiev Oksana Blischik.