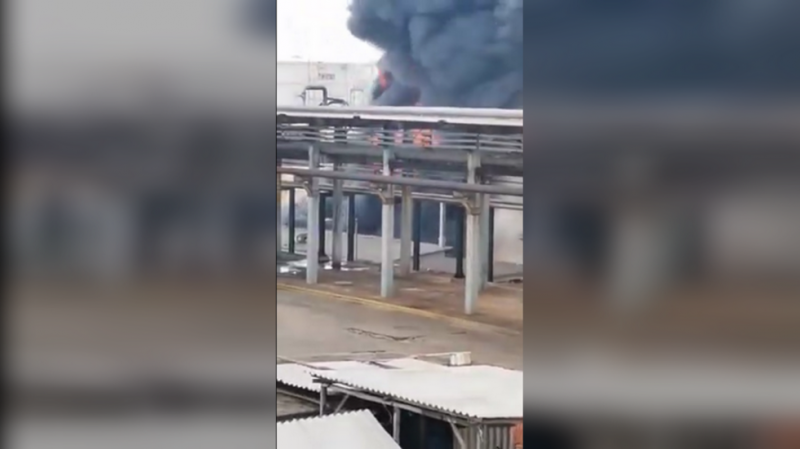 The incident occurred at the Petróleos Mexicano (Pemex) refinery named after former Mexican President Lazaro Cardenas. Black smoke, flames and repeated explosions can be seen and heard in videos that have made rounds on social media on Wednesday.

Mexico’s safety, energy and environment regulator ASEA reported that the blaze started in a gasoline transfer pump. The watchdog said that it would inspect the facility in wake of the fire to “verify security conditions.”

One photograph in particular is going viral, showing a Pemex worker scrambling to shut off a valve as a fireball explodes behind him.

Around 7:30 pm local time, Pemex said the fire appeared to be under control, adding, “fortunately, it is confirmed that there are no fatalities or serious injuries.”

The refinery boasts a capacity of up to 285,000 barrels per day.

The mishap at the Mexican refinery comes after a spate of fires rocked a number of oil facilities around the world in the recent weeks. A major blaze at an oil refinery in Indonesia’s West Java province late last month sparked a mass evacuation, leaving several people injured. An attack on a Saudi oil terminal north of the Saudi-Yemen border around the same time ravaged a fuel tank at the facility.