Experts have told how has changed the new Peugeot 408 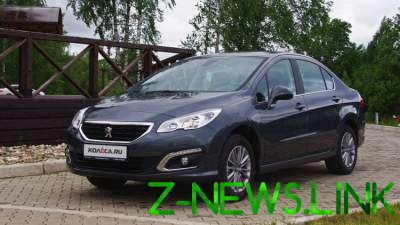 French automakers it took 5 years to update the Peugeot 408 sedan. It should be noted that the time for the restyling of the model selected optimal as the competitors from this segment has updated their models 2-3 years ago, so the French can count on success. Of course, the Peugeot 408 is unable to compete with the leaders of the segment of sedans C-class, but there is reason to believe that updating the model will have a positive impact on the sales of the car.

The overall appearance of the car has not changed, but still there are several features that will undoubtedly appeal to a potential buyer. Immediately striking new fog lights with chrome elements. Head optics also changed and looks more modern. The car has a cool falshradiatornaya grille, which immediately made Peugeot 408 classic. But the aft part of the machine, the French were left unchanged. 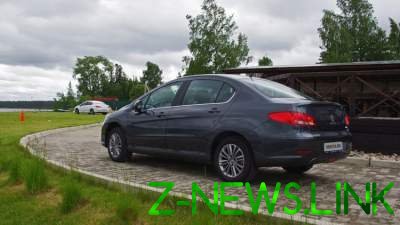 The car received a new functionality, which was included in the package “Visibility”, which includes rain sensors and light, auto-darkening rearview mirror, a modern media system with a 7-inch display, a rear view camera and Parktronic. Unfortunately, this functionality is available only in top trim levels, Active and Allure. 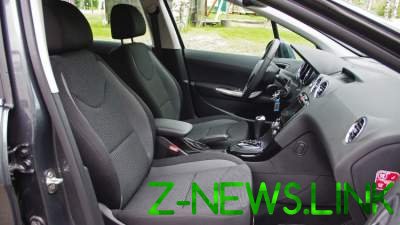 Another very important detail. Now all petrol engines Peugeot 408 are paired with a six-speed automatic transmission Aisin in Japan. This immediately made the car more dynamic and acceleration is carried out almost without effort. “Mechanics” was only for the version with a diesel engine. In this package the manufacturer does not bet, as diesel cars are losing popularity in Europe.

The salon is very spacious, used for decoration only high quality materials, so complaints about the car in this matter. Roomy trunk easily expands by folding the rear row of seats. Especially a lot of space provided for rear passengers. Even people of the big growth will not be constrained in movement. So long trips on the Peugeot 408 will bring only positive emotions. 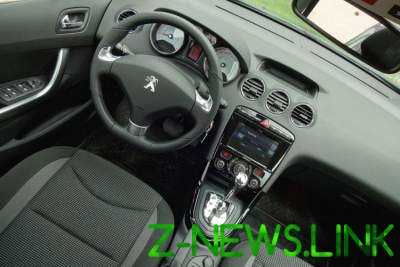 However, there are drawbacks. In particular, it is not very conveniently located buttons control media center and cruise control. Their covers the steering wheel rim, so the buttons can be used only on touch. To do this, the driver should before driving to study them, as while riding that would be problematic. The Central armrest is located so that it is impossible to use, and the back and the armrest is gone.

But on the road the car feels great. Small pits and bumps the suspension just swallows. Virtually invisible “speed bumps”. However, at high speeds there is a little buffeting, although the trajectory of the car is not affected. All because of big ground clearance, but for our roads it is only a “plus”. It should be recognized that khodovka car very reliable.