Home / economy / Experts forecast: accelerating the growth of the Russian economy will result in 10 million unemployed

Experts forecast: accelerating the growth of the Russian economy will result in 10 million unemployed 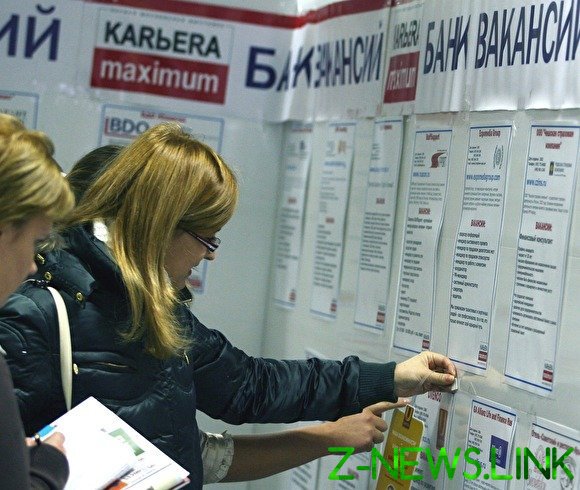 Acceleration of Russian economic growth to 4-4,5% per year, which on the instructions of Vladimir Putin the government claims can lead to higher unemployment, freeing up 6-10 million employed citizens. About it writes “Kommersant”, citing studies “the Center for macroeconomic analysis and short-term forecasting” (CMASF) and the Higher school of Economics.

Estimated says, the GDP growth rate of 4-4,5% per year to reflect reductions in the working-age population and a constant level of performance in rent and the public sector is possible only if the performance increase to 5-5. 5% per year per employee — due to the non-resource sectors. “This will be accompanied by the release of employees, shapeways “old overpopulation” in Russia” — the analyst of the center.

Experts point out that, in particular, declared the digitalization of the economy can provide a two-to three-fold increase in productivity. And this, in turn, can lead “to an unacceptable scale release of employment”.

In the report, the HSE said, that is not fully worked out mechanisms for the implementation of some national projects (designed to increase performance) can have a negative impact on the achievement of national goals. In particular, if “increase in labor productivity will be accompanied by the release of workers who can find employment only in the informal labor market, despite wage growth remaining in the enterprise employees, the combined effect will lead to increased poverty and lower incomes”. Measures that could mitigate this potential effect, none of the project does not contain, experts say.

See also:  The launch of the land market will be postponed at least a year.

In the CMASF offer solutions to the probable problems are: retraining, low-cost housing for the displaced people, the realization of potential of small business export and import substitution.