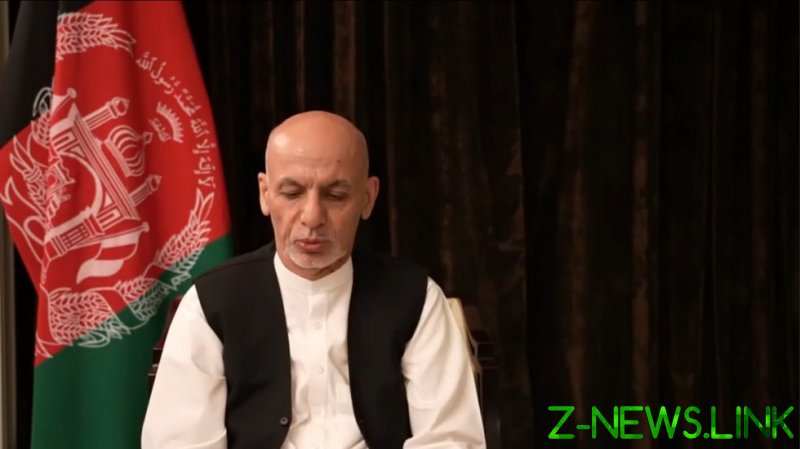 Ghani fled Kabul over the weekend, and his whereabouts were unknown until the UAE confirmed on Wednesday it had welcomed the former president and his family “on humanitarian grounds.”

Multiple diplomats spoke of Ghani fleeing the country with suitcases of cash, even saying he left some behind at the Kabul airport. According to the Afghan ambassador to neighboring Tajikistan, quoted by the BBC, Ghani took $169 million with him.

In a ten-minute video on Wednesday, Ghani denied those accusations as “completely baseless” and “lies.” He claimed he left Afghanistan in order to “prevent bloodshed” and avert “a huge disaster” and that he was pressured to do so by his security, leaving behind his main assets and “confidential documents.”

“I am in consultation with others until I return so that I can continue my efforts for justice for Afghans,” he said, according to a translation posted by Reuters.

Following Ghani’s hasty exit, the Afghan National Army surrendered or defected to the Taliban, allowing the Islamist group take power in Afghanistan with a speed that took the US by surprise.